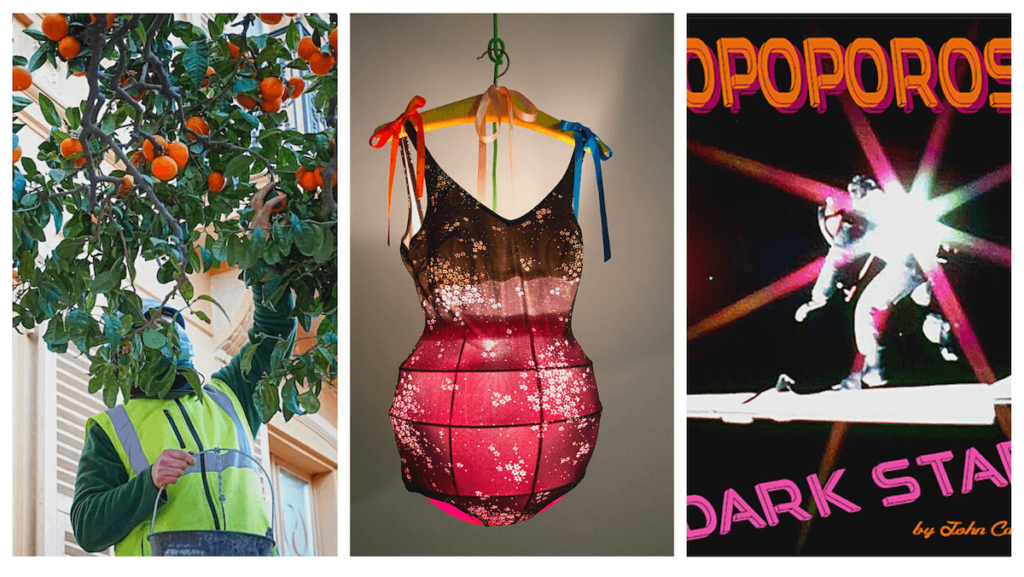 Our editorial team’s recommendations will keep you busy from January 28 to February 3.

Don’t miss the last days of the bigarade harvest to stock up before the end of the distribution. Check out the schedule of harvests and distributions by district, then you can take part in our contest, by sharing your best recipes using bitter oranges.

Start your weekend off with Galerie Hauser & Wirth’s new exhibition: “Bodily Abstractions / Fragmented Anatomies”, which will run until 26 March 2022. An exhibition dedicated to the vision of the body and anatomy by various artists, in all their complexity, and with very different approaches. The gallery is open Tuesday through Saturday, 10 a.m. to 6 p.m.

Make the most of your Sunday with a major concert. Two works by Mozart will be performed at 6 p.m. in the Rainier III auditorium, with Japanese conductor Kazuki Yamada wielding the baton.

The Prince Pierre of Monaco Foundation is organising a conference in which film director Mia Hansen-Løve will address the issue of the cinematographic shot, explaining its key role in film making. Organised in partnership with the Audiovisual Institute of Monaco, the conference will be held free of charge at 6:30 p.m. at the Théâtre des Variétés.

Tuesday night is movie night at the Théâtre des Variétés with an 8 p.m. showing of the Portuguese film Aniki Bóbó, released in 1942. Directed by Manoel de Oliveira, this black and white film takes you to the streets of Porto, where two young boys are competing for the favours of a pretty young lady.

Watch the cars arrive at Port Hercule, at the end of the 24th Monte-Carlo Historic Rally. Cars that had previously raced between 1955 and 1980 will be coming into the final stage of the race. But you will need to get up early (or stay up late): the estimated arrival time is 1:10 a.m.! And for those who prefer to get their beauty sleep it’s Candlemas, so get that skillet smoking, and start flipping those pancakes!

How about a cine-concert at the Louis Notari Library, where to Ropoporose duo  will give a live performance of the soundtrack from John Carpenter’s first feature film, Dark Star, released in 1974. (Re)discover the sci-fi parody free of charge, accompanied by Ropoporos’s pop-rock sounds, at 7 p.m.  BUT, booking is mandatory.