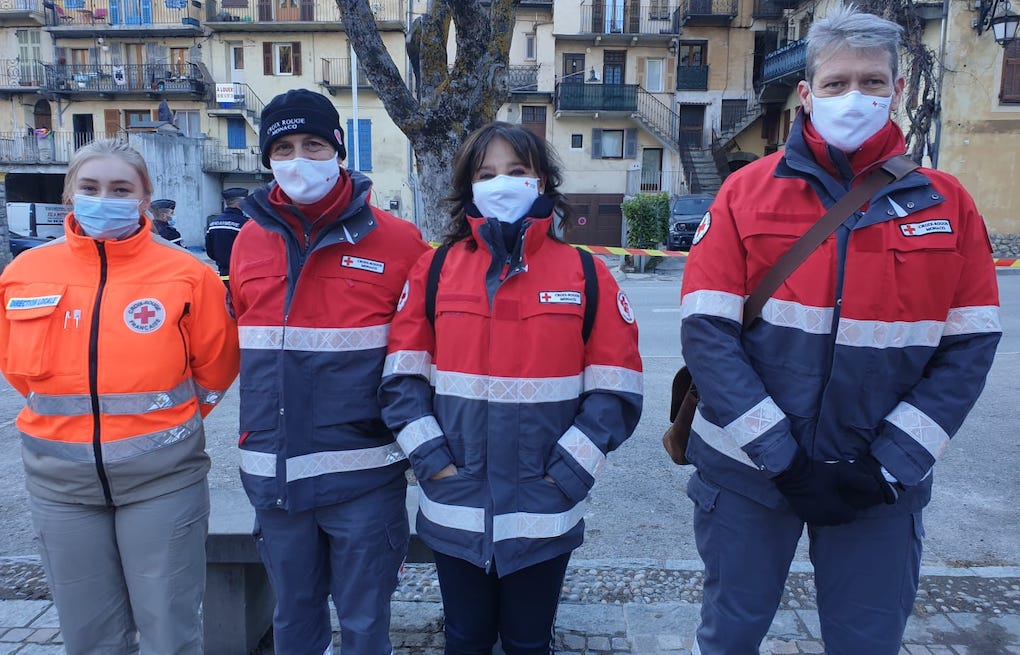 The French head of state met with the Monaco Red Cross on January 10 in Tende, during a review of the rebuilding work after storm Alex.

The night of 2 to 3 October 2020 left deep scars on the small town of Tende. The Monaco Red Cross is one of the organisations that was heavily involved in helping the survivors of the disaster, in which many families lost their homes and all their belongings.

Emmanuel Macron had promised to return to the Roya valley to take stock of the progress in the reconstruction work. He did so on Monday, January 10, and was able to observe the situation on site, more than a year after the disaster.

The French President took the opportunity of meeting the different organisations and volunteers who donated their time and energy, sometimes months after storm Alex. The French Red Cross, the French Secours populaire and Caritas were among those thanked.

The Monaco Red Cross sent a delegation made up of Ms Bettina Ragazzoni-Janin, Treasurer General, Claude Fabbretti, Director of Civilian First Aid and International Action and Philippe Giuffra, Head of Relief. Their dedication and involvement were highlighted. The Principality of Monaco was also thanked for all the financial assistance it has provided.