Olivia Dorato: “Singing is my way of speaking” 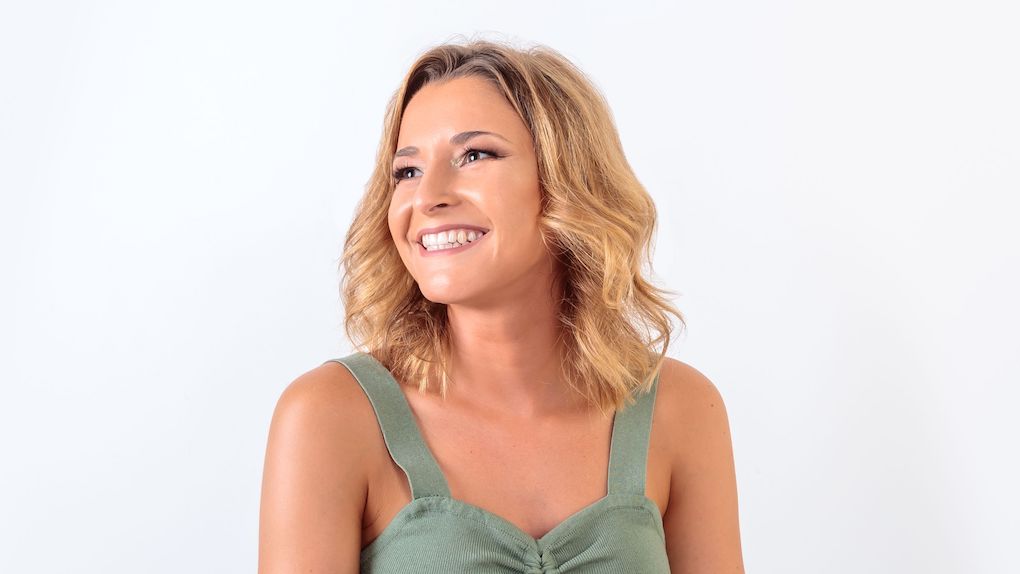 At only 23 years old, the young Monegasque singer is already on her third album. We met up with her.

She has a big smile, a sparkling gaze and a strong will. The young singer Olivia Dorato has just released the third album of her career: Connection. It includes twenty original tracks, “which are a departure from normal pop” and which all have a special meaning.

“Connection talks about quite a dark period in my life, when everything seemed black”, says the singer. Gradually I came to understand that life isn’t beautiful or ugly, it’s all down to how we choose to see it. The day we realise this, is when we really become connected to everything around us. We end up loving ourselves, loving others, our work, nature… We reconnect with what is essential.”

Olivia Dorato’s lyrics are all based on personal experience, and written in French and in English, expressing herself but leaving room for everyone to have their own interpretation. From the excesses of youth, to toxic relationships, self-esteem and the trials and tribulations of seduction, the album covers a wide range of subjects in order to appeal to as wide an audience as possible.

As a little girl, I sang before I could talk

The only exception is L’Enfant et le pirate blanc, a track co-written by Georges-Olivier Kalifa for the “Les Voiles Blanches Bettimask” charity, which collects toys for children in the Fondation Lenval hospital in Nice.

The “Gem of Monaco”, championed by the Prince

Olivia’s personal favourite is Kiss the past, which talks about “the need to not forget where we come from”. This is evidenced by her journey, which officially started in 2013, when the young girl was only fifteen years old.

A sound engineer spotted the teenager and promptly offered to record her first album, Heartbroken.  Backed by professional musicians, Olivia Dorato quickly took to the stage, opening for established artists such as Gilbert Montagné or Kungs. “I was totally stressed out the first few times,” she recalls. “I would get completely giddy, laughing for no reason, because of the stress. Fortunately, it’s all right now. When I’m on stage, I feel good, it’s where I belong. Singing is my way of speaking.”

A budding musical career that had to be combined with studies. Now with a law degree, Olivia Dorato has something solid to fall back on, but has decided to concentrate on singing: “At first, my family and friends were a bit scared, but my parents thought there was something to it and gave me a lot of encouragement.”

The artist certainly isn’t resting on her laurels: dance, piano, guitar, writing, composition… The young woman wants to try everything and hone her craft, like her idol, Justin Bieber. And like the Canadian singer, the Monegagsque’s artistic fibre was obvious from early on: “According to my parents, as a little girl, I sang before I could talk. I would spend my time swaying to the rhythm.”

Her passion is now supported by her relatives, but not only! Nicknamed “the Gem of Monaco” by the President of the National Council, Stéphane Valeri, Olivia Dorato also has the support of Prince Albert II: “I have often sung at events the Prince was attending. Whenever we see each other, we talk. I know I have his support and that makes me very happy! It’s a fulfilment, it’s like I represent my country.”

Music is not the only thing Olivia Dorato and the Sovereign Prince have in common. The young woman is also very involved in many causes, such as the protection of the oceans with OceanoScientific, the fight against childhood cancer with the Fondation Flavien or humanitarian aid, with Les Amis du Liban.

“I feel like I have a gift that’s heaven-sent and I feel it’s important to use it well, for good causes. It’s my way of supporting them,” she explains.

Diagnosed with type 1 diabetes, an auto-immune disease that is not caused by over-consumption of sugar, the young woman has to learn to live with it, with a regime of daily injections.

“I tell myself that I was given this gift for music, and in return I was also given this disease. Of course, it can be difficult: there are days when you don’t feel quite so good. People see it as a handicap, but I want to prove to them that this is not the case at all: I play sports, I go on stage, I go out, I live my life. For me, it’s important to fight this fight, to show that everything is possible. I don’t give up easily.”

And it is this fighting spirit that Olivia Dorato intends to use to achieve her goals. “My head is full of projects, sometimes it even keeps me awake,” she confides.  She has already started writing her next album, and intends to work hard so she can do a stadium tour one day, her ultimate dream.

SEE ALSO: Zhang Zhang : «Music can support any cause»