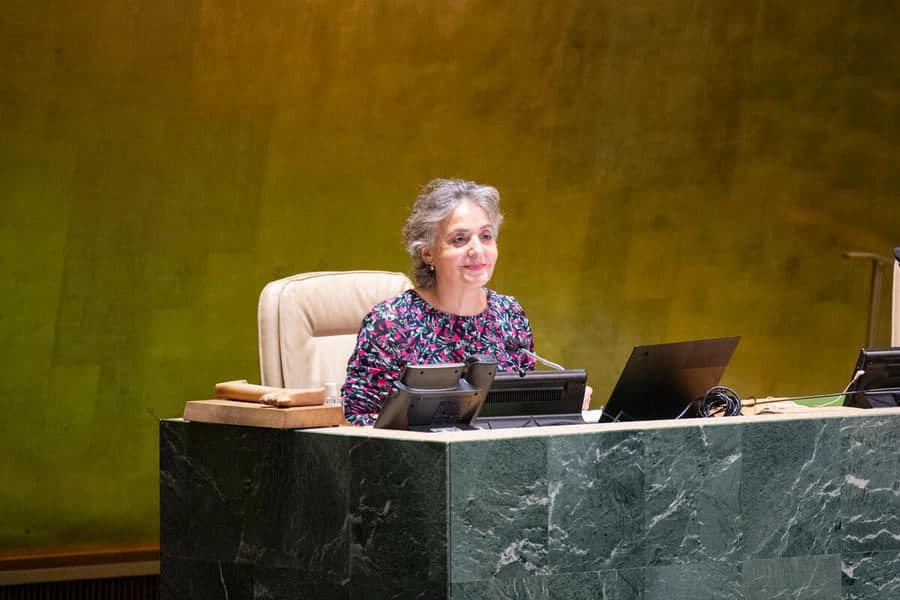 The Principality sent a clear message at the UN about the open conflict between Russia and Ukraine.

As Prince Albert II stated last week, the Principality of Monaco has demonstrated its disagreement with the Russian Federation’s decision to invade Ukraine, while at the same time affirming its support for the latter by joining the 141 countries condemning the Russian attacks.

A message of peace that was heard at an emergency session convened by the United Nations Security Council. The Principality also called for the continuation of dialogue and diplomatic negotiations, while commending the courage shown by the Ukrainian people and their leaders.

Isabelle Picco, Monaco’s Ambassador and permanent representative at the United Nations, made a statement recalling the Principality’s commitment to respect for international law and the Charter of the United Nations and the importance of settling disputes by peaceful means. She also regretted the Russian Federation’s violation of the Olympic truce, and the many repercussions of this conflict on the civilian population.

An International Commission of Inquiry into the situation in Ukraine

An urgent debate on the situation in Ukraine was also held on 3 and 4 March at the UN Human Rights Council, including the adoption of a resolution, co-sponsored by Monaco and nearly 70 states from all continents.

It was adopted on 4 March 2022 following a vote of 47 Member States with 32 votes in favour and 2 against. The Commission will be responsible for investigating, collecting and preserving evidence of violations of human rights and international humanitarian law.

In her speech, Carole Lanteri, Monaco’s Ambassador and Permanent Representative at the United Nations Office in Geneva, called on all parties involved in the conflict to respect human rights and international humanitarian law.

In concrete terms, this means protecting the civilian population and infrastructure, in particular schools and hospitals. On behalf of the Principality, she also urged the parties to resume talks with a view to finding a political solution to the conflict.