3 projects to ease traffic coming in to Monaco 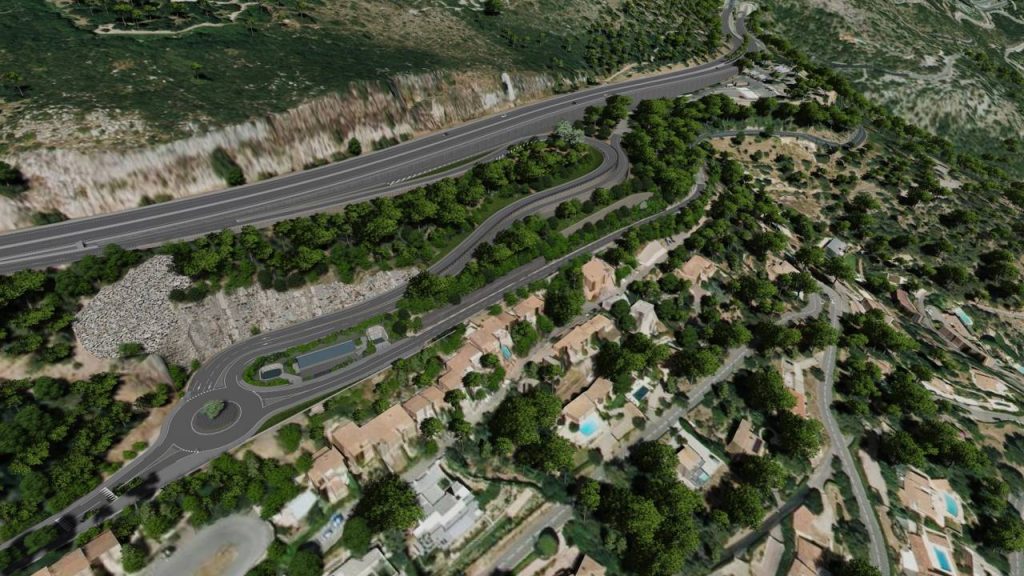 Traffic between Nice and Monaco is often heavy during peak hours and has been a major concern for many years.  But several avenues are being explored to streamline traffic in the future. We take a closer look at three of them:

With almost 50,000 commuters travelling to Monaco from Nice or Menton every day, the Moyenne Corniche is prone to frequent daily traffic jams, which considerably lengthen journey times for cross-border workers.

In response to this traffic congestion, an underpass project has been designed by the Principality’s public works departments. It would consist of the creation of a mini-tunnel on the Moyenne Corniche, at the intersection with Avenue Général-de-Gaulle. A project that the mayor of Cap d ‘Ail, Xavier Beck, is not keen on, however.

“We are not in favour of it, given the considerable disruption caused by roadworks on this major road into the Principality,” he explained. “The construction period is expected to last between twelve and eighteen months and will have little impact on reducing morning traffic.  The only advantage would be to allow a quicker reduction in traffic heading out of the Principality in the late afternoon.”

An underground road that could enable motorists to save between four and seven minutes on their journey.

This is one of the most eagerly awaited projects, and also the one that should be completed first. A new motorway ramp (called Beausoleil but located in the municipality of La Turbie) will serve as an interchange point between the A8 motorway and the departmental network (RD 2564-Grande Corniche), giving the other accesses to the Principality some breathing space.

“It should also be an improvement for workers coming from Nice,” the Cap d’Ail mayor added. Work on the project is expected to be completed later this year.

3. New layout for the hospital roundabout

As a result of this new motorway ramp, there will be an increase in the number of cars around the hospital. The roundabout will be modified to cope with this. It is about to be enlarged and moved up from its current location.

SEE ALSO: TRANSITIONS. The future of transport in the Principality will be electric

“Obviously it would be more efficient if a new lane were created,” admits Xavier Beck, who proposed abandoning the 25-space car park between the roundabout and the Jardin Exotique to make way for one outgoing and two incoming and lanes. “If this solution is implemented, it will be necessary to replace the lost public parking spaces with new ones in the new carpark near the Jardin Exotique.”

Work is expected to be completed when the Beausoleil ramp is opened, either at the end of 2022 or at the latest at the start of 2023.

Announced in August 2021, the launch of a maritime shuttle between the ports of Nice and Cap d’Ail was finally postponed. The project was due to connect the two ports in just under 30 minutes, with 34 round trips per day, capable of transporting 1,200 people per day by sea.

The hybrid maritime shuttle could be launched by the end of 2022. Very popular in big cities and especially in Nice, as revealed by Nice-Presse, the urban cable car is a means of transport that could also soon see the light of day around Monaco.

The mayor of Cap d’Ail was cautious on the subject: “The trajectory is still to be finalised as well as its compatibility with the various administrative regulations and environmental constraints”

According to Xavier Beck, one of the best solutions to relieve traffic congestion between Western Alpes-Maritimes and Monaco, is the creation of a Riviera metro. But the previously mooted metro line between Riquier train station, located on the eastern side of Nice, and the Principality, appears to no longer be on the cards. For now.