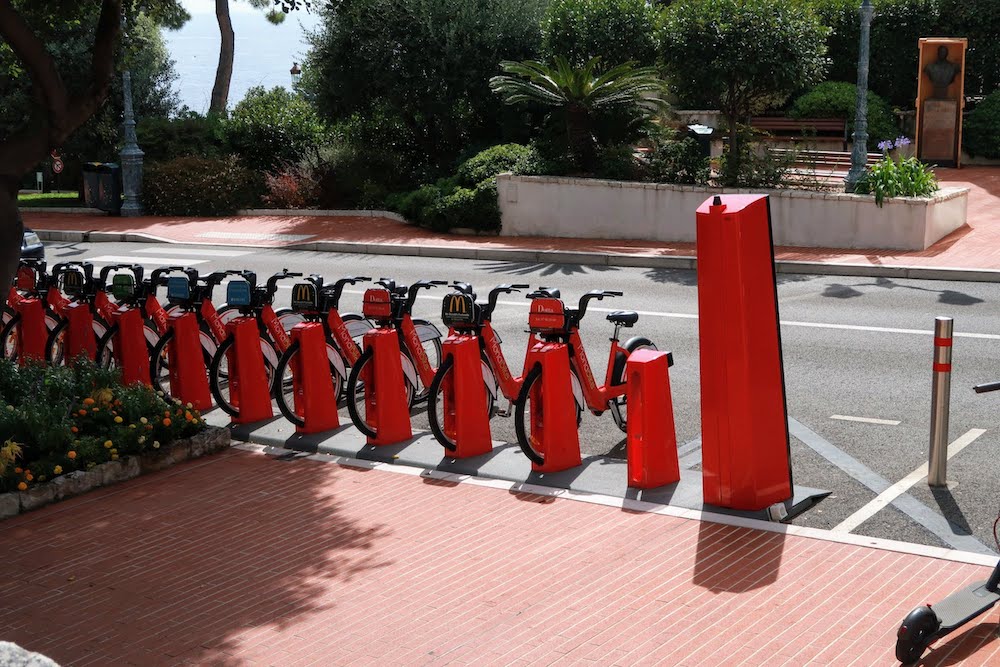 In this new series of articles, Monaco Tribune examines the various transitions that are happening in the Principality, in the digital, energy or transport fields and their impact on local users. This second article deals with the transport issue.

For the Prince’s Government, it is clear. With an area of just two square kilometres, priority must be given to soft and sustainable mobility, and not to private cars, for three reasons: they pollute, they congest and they are noisy.  Efforts to promote electric cars and move away from a carbon-based economy are nothing new: in the Principality, the first step was taken in 1994 with the introduction of a purchase subsidy of 30% of the cost of an electric vehicle.  Since then, Monaco On terminals, for charging electric cars,  have sprung up like mushrooms.

And the number of initiatives is growing. Electric bikes, mechanical installations (lifts, escalators…) or carpooling to get to work are also alternative ways of moving around Monaco. So how do our readers get about?

“Monabike! Been using it for 2 years!”  The tone is set by one of our readers who took part in our survey. “Bicycles – they’re one of the best ideas in the Principality,” another reader tells us.

These self-service electric bikes are a hit in the Principality. In total, 342,000 trips were made in 2020. Also, thanks to 140 links such as conveyor belts, public elevators, and even escalators, walking around Monaco is now child’s play.

“Personally speaking, the walking + Monabike combo is by far the fastest way to get around the Principality” confided a reader in response to our survey.  Only downside: “the allocation of the bikes”.  During rush hour “some stations are systematically empty.”

“We’re aware of the problem”, admits M. De Saint Denis, in charge of the Monabike service. “Peak times are quite complicated, since all of the journeys converge”.  Monabike staff make between 1,500 and 2,000 trips per day to balance the bikes out across the network.  It’s an ongoing issue: “our trucks get stuck in traffic jams, and the bikes are in use at the same time”.

So would the solution be to extend the busier stations? “It’s a public space. Plus there would need to be the room to do it, and we’re not in control of that at all.  We have identified the critical places where larger stations are required”, continues the Monabike manager. “A typical example is the one on the Boulevard des Moulins: ideally it should be bigger, but where do you extend it to?”

Cutting down on cars

Another success in terms of soft mobility is Klaxit. The Government tested this home-to-work carpooling application for a year, with 25 Monegasque companies totalling 9,300 employees.

The operation was a great success:  230,000 kilometres were co-financed and 25.5 tonnes of CO2 saved. All these initiatives contribute to the target that the Prince’s Government has set: a 20% reduction, by 2030, of the automobile traffic recorded in 2019.

These new modes of transport seem to be popular with users and are helping to move the Principality towards a future without the cumbersome individual internal combustion car.