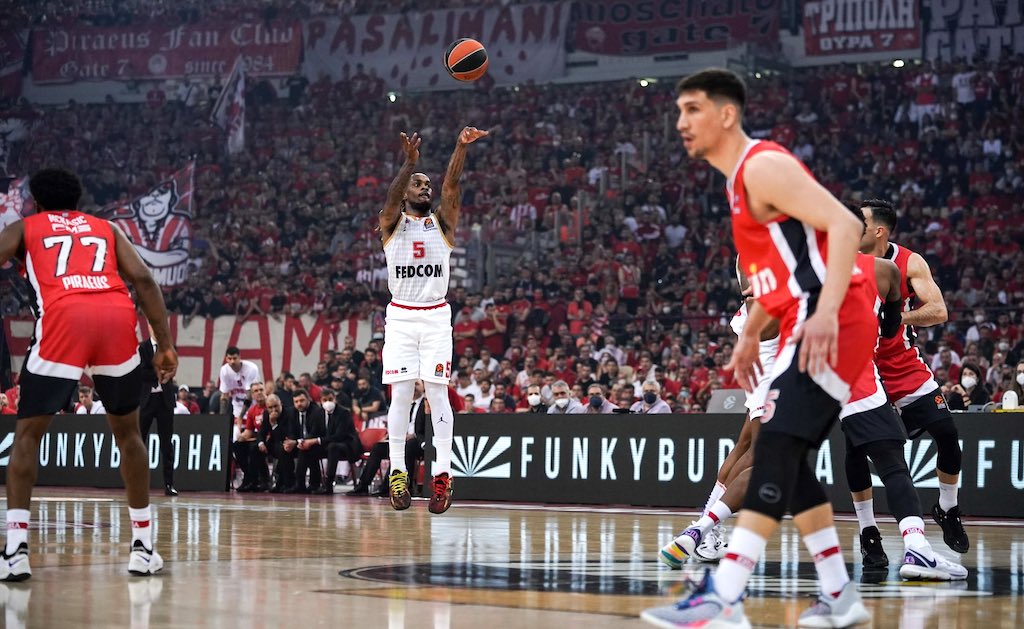 The Roca Team lost to Olympiakos (94-88) in Piraeus on Wednesday night in game 5 of their Euroleague quarter-final. The Monegasques are now out of the competition. But with honours.

AS Monaco Basket came close to an astonishing feat on the Olympiakos court. In a nerve-wracking game 5, Sasa Obradovic’s men did not disappoint and led for a long time, sometimes by as many as eleven points, with Yakuba Ouattara (15 points) outstanding in the three-point range (5/7).

But in the second period, the Greeks flexed their muscles and used their experience to stifle Mike James (24 points) and his teammates, turning the match around.

Already (almost) up there with the European leaders

The Roca Team members may be kicking themselves, because in their first Euroleague campaign, they proved they have what it takes to compete with the continent’s best.

“I am very proud of my guys who played a really great game,” said the Monegasque coach at the end of the match. “Congratulations to Olympiakos who deserve to go on to the Final Four, and who showed all of their experience. Obviously, it will take some time for us to reach that level. We are just starting to build something. We will learn from this defeat.”

Now it’s time to focus on the French championship and the title that the Roca Team has been dreaming of winning for several seasons.