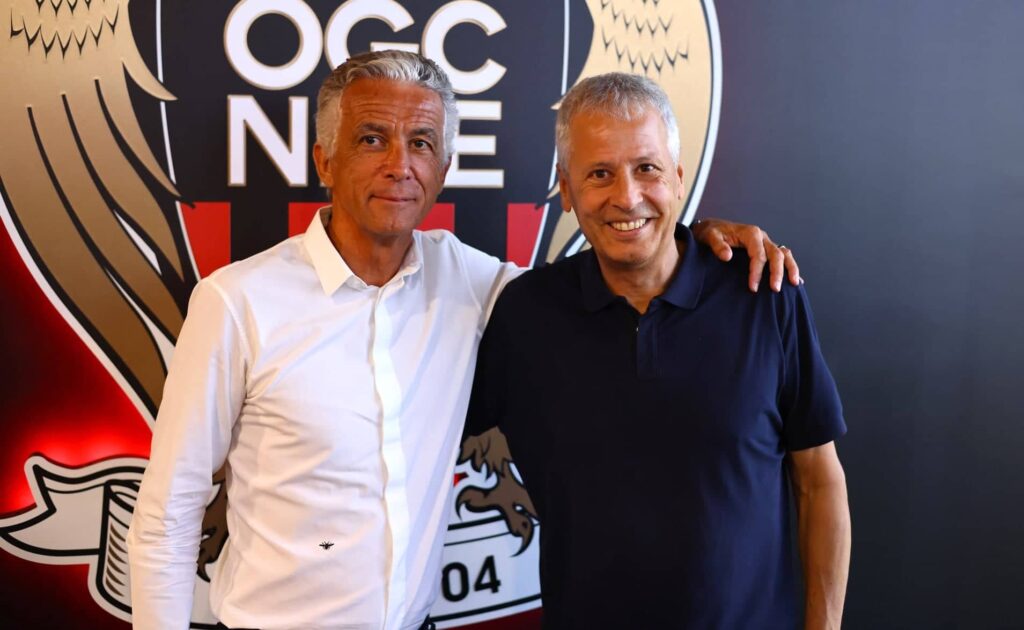 On Monday, the Riviera club officially welcomed Lucien Favre back on the bench, replacing Christophe Galtier, who is due to be appointed coach at Paris Saint-Germain soon. The beginning of a new era.

Four years after a distinguished first stint on the French Riviera (2016-2018), Lucien Favre is back at OGC Nice. The “Swiss magician” spent some time at Borussia Dortmund in the Bundesliga in the interim, and said he was delighted to return to a club that he likes very much and which is now under INEOS ownership.

“What they are looking to build and keep building is major,” he said at his first press conference. “Within two years, Nice needs to keep making progress and achieve great things. The team needs to consistently finish in the top three in the table.”

Ambitious words that fit with the project led by the British billionaire and Monegasque resident Jim Ratcliffe. The owner of OGC Nice, who made a bid a few weeks ago to buy Chelsea, took the opportunity to write to the club’s supporters.

“As we close the first chapter of INEOS ownership after three years and start this new next phase,” he wrote, “we believe this is the time to raise our ambitions. We want this to be a club that is known for its style of play” while being “consistently competitive in France and at European level.”

Ambitious words again, auguring an aggressive OGC Nice transfer window, but within reason. “We are not talking about big names, but about recruiting in the best possible way and giving the coach the right ‘tools’ to work with,” said club president Jean-Pierre Rivère.

“OGC Nice has revenue now, but not enough compared to direct competitors like Marseille or Lyon. There is the financial fair play constraint, but we will try to do as much as we can within the limits.”

To become a dominant force in French football in the years to come by improving at all levels and without going overboard, that is the objective of OGC Nice and its shareholders.