Laurent Puons, a man who loves a challenge 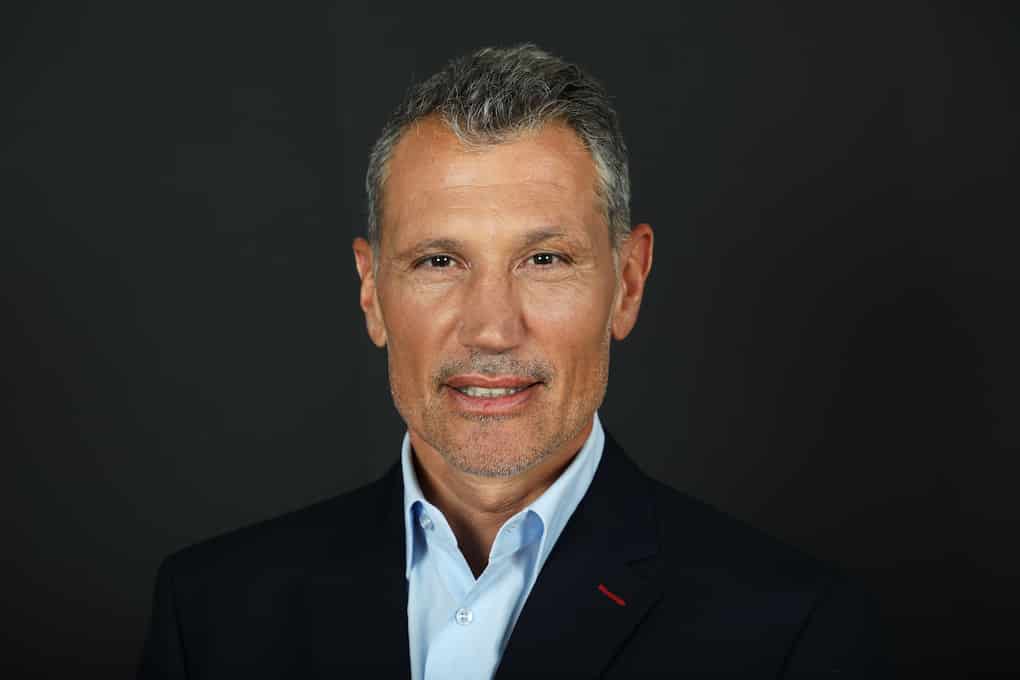 The CEO of Monaco Mediax told us about his surprising career path, which has led him to the helm of the Monte-Carlo Television Festival and SPORTEL events.

A few weeks after the end of the Television Festival, the pressure has eased off. In the office of Laurent Puons, CEO of the Monaco Mediax group, which manages the Festival and SPORTEL events, it’s time for an assessment, which is clearly positive: “Taking feedback from the different participants into account, it was a top quality edition, especially in terms of the competition, which was one of my objectives when I took over the Festival.

Personally, I thought it was a really good edition. The only thing that would have been a real bonus, to my mind, would have been to have a “mega star” like Michael Douglas in 2019.(…) This year, discussions with John Travolta were well under way, but for budgetary reasons we had to hold off and in the meantime he made other commitments. It’s just a raincheck!”

And it’s a pretty safe bet that we’ll be seeing the Grease and Saturday Night Fever star on the blue carpet soon. Because Laurent Puons is determined and ambitious, and above all a man who loves a challenge.

You’re born a manager, you don’t become one

New momentum for the Festival and SPORTEL events

The son of a police officer who served Prince Rainier III, and an Enfant du Pays who was granted citizenship in 2019, Laurent Puons started out on a sporting career: “I was a professional boxer, but when I realised that I couldn’t feed myself through boxing, I had to start working.  I joined the Government, where I stayed for seven years. I quickly climbed the ladder, and I learned a lot. David Tomatis [former president of the Television Festival, Ed.] was looking for someone to assist him. I was in the civil service and human resources and I was meant to suggest names to him. In the end he asked me if I’d be interested.”

Years later, it was time for Laurent Puons to steer the ship. True to his ambitions, he wanted to give a second wind to the events, seeing real development potential: “When I took over the management of Monaco Mediax, I wanted to concentrate on the Television Festival, SPORTEL and SPORTEL Awards. I reworked the entire strategy for the three events to get them to where they are today.”

While one might assume that this in-depth strategic rethink would be the result of extensive studies on the subject, this is not the case. Laurent Puons learned everything on the job. “I was a very bad pupil. I still have three recurring nightmares and one of them is going back to school. I didn’t do any work, just the bare minimum, I don’t think I ever opened a book. I even failed my high school diploma, I took it when I was twenty,” he laughs. This unorthodox career path did not stop him, in the end, from having an excellent career and – ironically! – marrying a teacher.

For him, the key to his success can be summed up in one word: personality. “You can learn everything, except leadership,” he comments. “You’re born a manager, you don’t become one.”

SEE ALSO: Behind the scenes of the Monte-Carlo Television Festival

A major project in the pipeline

And looking back, Laurent Puons can’t keep count of all the good memories, even if some of the people he met were especially meaningful: “I met Mike Tyson in 2014.  Prince Albert II was not there that year to present him with the autobiography prize at the SPORTEL Awards. So it was down to me to present it to him. When I gave it to him, I said to him quietly, “Can you imagine that for years, I would wake up at 5 o’clock in the morning to see you fight, in a bout that would last 90 seconds?” He laughed and replied: “It’s not the first time I’ve been told that”.

“I also had the chance to meet Desmond Tutu, which was extraordinary. I remember Jerry Bruckheimer too. I went to see him in Los Angeles, to get him to come to Monaco. He welcomed me into his office, had me sit down and spoke to me with simplicity and kindness… He took his time, even though he’s one of the biggest producers in the United States!”

He also fondly remembers the opening of the 2022 Television Festival, at the Castelroc restaurant: “all the former jury presidents were present. It was a joy to meet up again, all of us, in Monaco. I was pleasantly surprised by how friendly  these people were towards the Festival, towards me… Ricky Whittle hugged me for three minutes…”

And when asked about the content he enjoyed most at the Festival, the great The Walking Dead, Braquo and Engrenages fan had a crush on two unexpected programmes: “this may surprise you, but I really liked the documentary by Jean-Charles Vinaj [Souffles de vie].  I am all for defending the environment and protecting the oceans. It shows us, once again, that the situation is serious and that if we do nothing, it will only get worse.

It is really time for the whole world to react, for our leaders to take the problem into account. We are lucky to have the first Head of State to have understood this, before the others. (…) A series that I also liked very much was the one at the opening of the Festival, Last Light, which ties in with this documentary. It talks about environmental terrorism, it is a fiction that is close to reality. We cannot rule out the possibility of concerned citizens acting in lieu of certain governments.”

Now that the 61st Festival is over, Laurent Puons and his team are looking to the future. The next major project: “to organise the very first Bali SPORTEL in February 2023, in addition to the Monaco and Miami SPORTEL events. We were contacted by an Indonesian company, confirming the ever-growing reputation of our event and our brand.

We are also in discussions for a similar project in South America for the end of 2023, and we are organising events on behalf of external customers too. This is my new challenge for Monaco Mediax: to develop the service arm, Monaco Mediax Events, and to establish the SPORTEL brand abroad and on the different continents and markets,” he adds.

But what will happen when the Mediax adventure ends for this born challenger? Not a problem. Laurent Puons says: “I really like what I do, I do my job with passion. I have a team that is really dedicated to the work, it’s really satisfying. But you have to know when to stop. The day I put my professional life on hold, I would like to do Ironman, spend time with my family… I’m very lucky that way, I’m never bored.”