Single-use plastics destroy our oceans: what can we do? 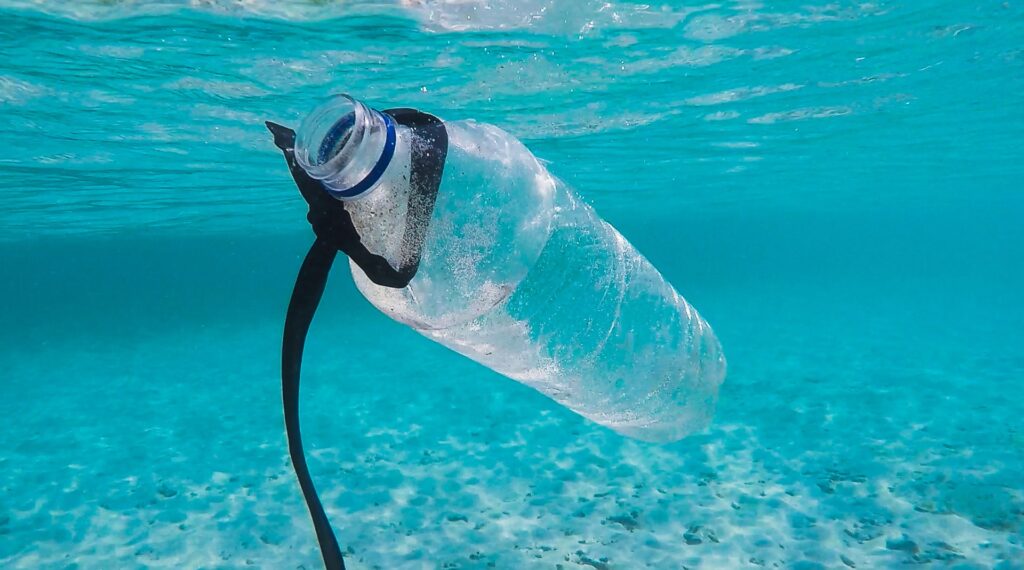 In the Pacific Ocean, a seventh continent is forming. Consisting only of plastic, this 80,000-ton floating mass continues to spread across the ocean. Whereas numerous countries have put laws in place to reduce this pollution, plastic waste still represents 73% of that which washes up on our shores worldwide. At this unprecedented rate, experts predict that by 2050 all aquatic bird species will feed only on plastic.

On June 9th, 2018, five G7 countries met to sign the Ocean Plastics Charter in Canada. Demonstrating their commitment to taking concrete, ambitious measures to address the problem, many more countries have now joined the cause, including Monaco.

States which signed the charter commit to recycling and reusing at least 55% of their plastic packaging by 2030. Many global and regional stakeholders are equally engaged in reevaluating their production methods, aiming to reduce waste which continues to plague the ocean. To this day, plastic is the 3rd most common manmade material after concrete and steel. At least 20 tons of plastic waste is dumped into our oceans every minute, making the implementation of measures borne from this charter a literal race against time.

In 2021, the 15th meeting of the UN Convention on Biological Diversity’s member states (COP15) is scheduled to take place in Kunming, China. The conference will take stock of measures which have already been implemented by COP15 signatories.

#Breaking: A NEW deep-sea species has been discovered 6500 metres below the ocean 😲 Scientists have named it ‘Eurythenes Plasticus’, after the very thing that was found in it – #plastic. https://t.co/UleXkLR9Gs pic.twitter.com/KvTw0WKXyS

The rise of reusable plastic alternatives

Since January 1st 2020, Monaco has adopted strict measures to combat plastic use. After having banned plastic bags in 2016 and plastic straws in January 2019, they have now turned to cotton buds, cups and plastic cutlery. Encouraging reuse, items such as wooden plates, edible straws and beeswax wrap are becoming increasingly more common in our daily lives.

Single-use plastic is giving way to more environmentally friendly alternatives that could permanently render it obsolete. After all, it is cheaper and more ecological to reuse products than it is to buy more. Certain products could easily follow suit and use different materials than plastic for their packaging. Laundry detergent, shampoo bars and even yoghurt pots can easily use cardboard in their packaging. Some could become refillable, recyclable and compostable by 2025. Many specialists in this field are currently addressing the issue of finding the most suitable materials for specific products.

Is it possible to recycle packaging?

In some countries, their focus has shifted toward fine-tuning the recycling process. In Canada, the recycling rate for plastic bottles stands a 75%, with Canadian corner shops and supermarkets offering drop-off points for glass, plastic and metal bottle so that they can be reused. The Quebec government plans to expand its bottle drop system to include cardboard packaging by 2022, which they predict could collect more than 4 billion containers a year.

For all those who wish to get rid of certain materials without contributing to the Earth’s already very high level of waste, tips are available as a collection point for various kinds of metals, cardboard, paper and even garden waste. In Canada, these are bearing fruit, as just over 80% of materials brought to them can be reused. Where items cannot be recycled, they are disposed of in a healthy and environmentally responsible manner by local government – this is particularly important for a country which possesses a quarter of the world’s freshwater resources.

Roll up your sleeves and get involved

Thanks to community engagement, a wave of significant initiatives are on the horizon. Sébastian Uscher, who works for one of Monaco’s largest sports shops, took up the challenge of persuading the store’s manager to stop selling plastic bottles, which represented more than 6,000 pieces of single-use plastic a year. He succeeded in replacing the bottles with water fountains, a step which could act as vital encouragement for other businesses in the Principality.

In addition to initiatives enacted by Monaco’s residents, many associations are getting involved in the war on plastic. Beyond Plastic Med is the fruit of a partnership between the Prince Albert II Foundation, Tara Ocean Foundation, Surfrider Foundation Europe and the Mava Foundation, its mission to provide information on the state of the oceans and support and subsidise innovative and socially-responsible solutions to cleanup projects and initiatives. The Foundation is also able to influence political and legislative decisions, given its parent and partner associations.

This campaign aims at creating aquariums around the globe to raise awareness about plastic pollution.#RaisingAwareness 📢#OceanPollutionhttps://t.co/O9JpBG8aRY

Certain non-profit organisations, including The Ocean Cleanup, use new technological advancements to set up cleaning systems that recover plastic waste from the ocean. Its objective is to clear the Great Pacific garbage patch within five years, which is located between California and Hawaii. Experts estimate it is three times the size of France, standing at 1.6 million square kilometres.

There is undoubtedly a long way to go before we definitively do away with plastic in our daily lives. Still, thanks to a sense of community engagement and commitment, as well as the increasing number of available alternatives, we might be surprised by the tangible efforts that we can make. Many plant and animal species could indeed be saved by adopting more environmentally-friendly measures.