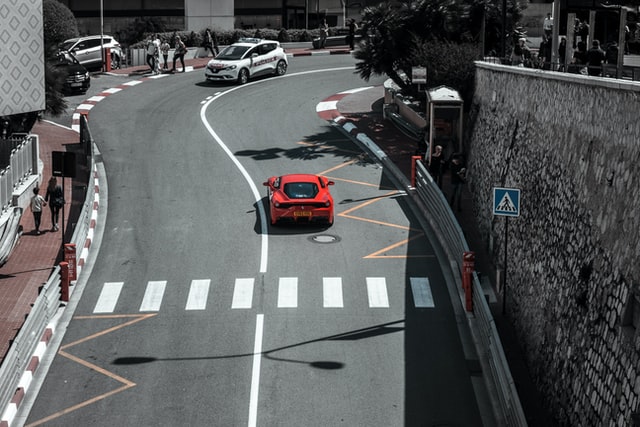 Striking a balance between prevention and punishment can prove tough. But in the face of this, how can the scourge of drink-driving be curbed?

Monaco’s Court of First Instance tries an outsized number of “driving under the influence of alcohol” cases. In a place like the Principality, where there are plenty of opportunities to let loose, drink-driving affects both young partygoers and law enforcement officers. The scale of the problem is such that Camille Gottlieb, Princess Stéphanie’s youngest daughter, has decided to tackle it via Be Safe, an association launched in 2017. Monaco’s justice system, for its part, has recently been given a more comprehensive range of possible criminal sanctions. Between prevention and punishment, the Principality is dealing with the drunken excesses taking its drivers off-course.

It did not take long after easing lockdown for several Monaco residents to resume their bad habits. Audiences at the Court of First Instance’s hearings settled in comfortably to hear a number of drink-driving cases, seeing a drunken cyclist, a reoffending croupier, and a leading figure of Monaco’s defence team get up on the stand. In Monaco, drink-driving affects tourists, wealthy residents, but also public figures. And with lockdown ending and the arrival of summer, the battle against drink-driving resumes.

At the traditional Police Department New Year’s Address in January, Minister of the Interior Patrice Cellario gave an overview of crime in the Principality. On the road, crime stats were on the rise. Driving offences under the influence of alcohol rose by 10%, as well as public drunk and disorderly cases by 42% compared to the previous year. As for post-lockdown figures, between May 4th (when lockdown began) and June 16th, six proceedings for driving under the influence of alcohol (known as CEEA in French) were handled by the police. “For the same period in 2019, the Head of the CEEA handled eight proceedings, “the Prince’s Government stated. While “there has been no relaxing or explosion of cases after this very restrictive period”, the situation is likely to change when nightclubs open. Hence the need to prevent an issue that many countries must also combat; drink driving is also responsible for a third of fatal accidents in France.

In a report published in 2018, the World Health Organisation (WHO) noted that the blood alcohol limit in Monaco is one of the strictest in the world, with a blood-alcohol threshold limited to 0.5g of alcohol per litre of blood. The same applies to its French and Italian neighbours.

In France, since March 2019, regional prefects has been able to oblige someone charged with drink driving to use a vehicle equipped with an alcohol ignition lock device for at least six months, which the Criminal Court may then extend for up to five years. This measure is an alternative to having their driving licence suspended, allowing the offender to continue working and to go about normal life that a car may facilitate. However, it does not apply to repeat offenders nor offenders with a blood-alcohol level of more than 0.8g/L, who have their licence suspended or revoked entirely.

In November 2019, the French Minister of Agriculture Didier Guillaume even declared himself in favour of zero tolerance for drinking and driving. However, this statement was quickly clarified by the prime minister’s office, which assured that the Government were not considering changing the law.

How are Monaco’s various institutions reacting to address this issue? When asked, the Prince’s Government assured Monaco Tribune that the fight against drink-driving was one of its priorities. Police officers on the ground “remain particularly vigilant” and carry out systematic screening when the situation requires it — namely, during checks on drivers showing signs of being drunk at the wheel and also after traffic accidents. When someone’s blood alcohol level exceeds the legal limit, the offender is subject to a criminal procedure forwarded to the Public Prosecution Department.

Today, our role is to carry out preventive work regarding alcohol consumption

Monaco is in party mode all year round, but summer is particularly prolific for those going too far, one too many an evening where the drinks are flowing. Thus, “the police force aims to prevent this directly in the vicinity of such establishments, particularly on weekends and public holidays, during the summer period and when important events are held”, adds the Prince’s Government.

“Today, our role is to carry out preventive work regarding alcohol consumption,” Patrice Cellario said in a local daily Monaco Matin in August 2019. Yet preventing such an issue relies heavily on collective responsibility within the Principality. It translates, for example, into having a designated driver. In this interview, the Minister of the Interior emphasised how easy it is to travel within the Rock, whether on foot or by public transport.

The response: is it getting stricter or not?

In concrete terms, what legal repercussions do drivers caught under the influence risk? We put the question to Mr Thomas Brezzo, a lawyer at the Monaco Bar and National Councillor. Driving under the influence of alcohol can lead to having your licence suspended for up to two years, with a sentence of up to four years if the level of intoxication can be proven when convicted. In comparison, under French law, the offence can be punished by up to two years’ imprisonment and a fine of €4,500. Additional penalties can also be applied — your licence can be suspended or even revoked for a maximum of three years (with no possibility of applying for a new one), a ban on driving certain vehicles for a maximum of five years, daily fines or a road safety awareness course.

However, the law provides for “the abolition of imprisonment for minor offences, the introduction of the daily fines and the introduction of community service.” Sentence adjustments will now take account of the convicted person’s family, social and medical situation and “personality”. Does this mean that Monaco’s legal arsenal will be laxer? Mr Brezzo explained that judges now have a more extensive range of sentences, but not less severe ones. Although for the first time the sentence may seem light, it remains a veritable Sword of Damocles that hangs over repeat offenders. So, the second conviction usually aims toward receiving treatment and the third conviction brings one directly behind bars.

In any case, drink driving cases are regularly dealt with at the Palais de Justice since they represent four out of ten cases. This would even be the primary offence dealt with by the Court of First Instance in cases involving drug offences, theft and receiving stolen goods.

Associations are also involved in the fight against drink-driving. This is notably the case of Be Safe, an association created by five friends, including Camille Gottlieb, the youngest daughter of Princess Stéphanie. Established in 2017, Be Safe is committed to prevention and raising awareness of the dangers of drink driving, particularly among young people and their parents. It is a project that came into being after a tragedy, the road accident-related death of a friend of Camille Gottlieb. The tragedy occurred after a drunken evening in summer 2017. “After this ordeal, we decided to come together to act, saying that it was not possible, that something had to be done,” explained Camille Gottlieb in an interview with Monaco Matin.

On June 18th, the Mayor of Monaco Georges Marsan donated an eight-seater vehicle to the organisation. “I am sure that this vehicle will be put to good use and I sincerely hope that it will help you to continue the shuttle system, enabling young and old alike to return home safely, not only for themselves but others also, after those nights where too much has been drunk,” the mayor said in a speech.

To carry out its mission, Be Safe offers various services, namely, the provision of breathalysers all year round in the Principality’s bars and nightclubs, as well as free shuttle buses to bring the drunkest people back home. For the moment, this transport system is available during the summer season from the Port Hercule area. “The stakes of this cause are very high because we are responsible for the people who get on our shuttles, but we don’t force anyone to get on,” explains Be Safe. “We don’t want to stop anyone from drinking, but we just want our young people and their group to ask themselves the right questions when they leave a nightclub after a night of drinking.”

We want to make the Principality an example

The Be Safe Monaco Association

As for having a public figure like Camille Gottlieb at the head of the association, Be Safe can benefit from a belief that goes beyond the Principality. “Thanks to her contacts we have been able to obtain the support of several French influencers who are affected by this cause and want to raise awareness in their respective communities about the dangers of drink driving.”

The scourge of drink-driving is still far from being curbed. It is difficult to say that it is possible to guarantee 100% safety, even on the Rock. However, the Principality still does have work to do to combat this issue. It will not be done alone; after all, civil responsibility, in the form of associations such as Be Safe, will make the task at hand easier to manage. “We want to make the Principality an example, a reference in raising awareness of the dangers of drink-driving”, says the association.