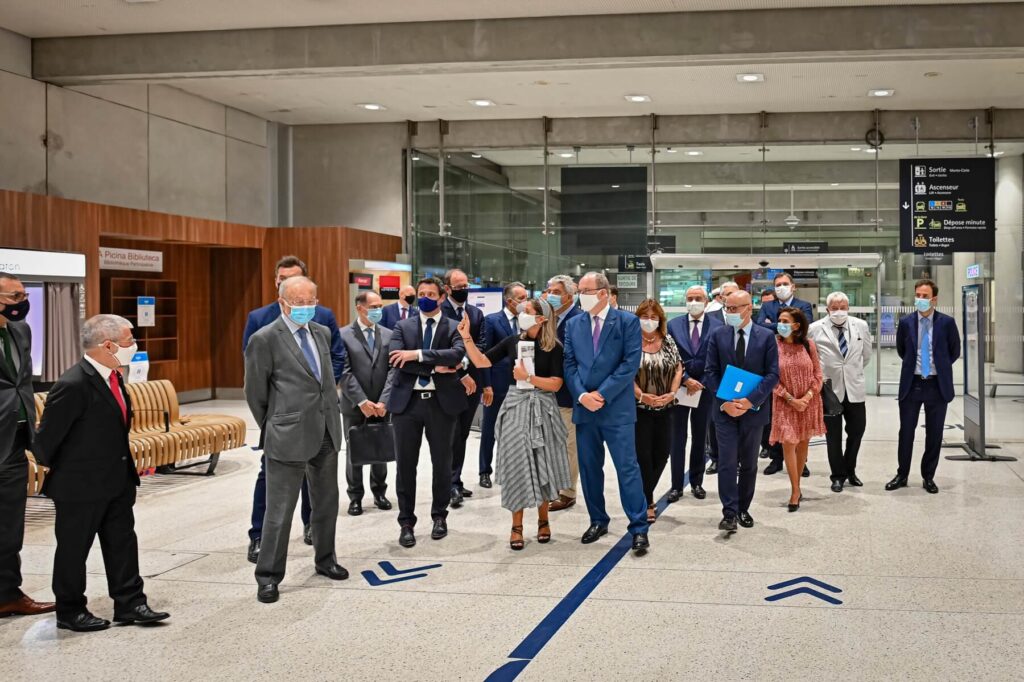 With 13 floors and 466-meter-long platforms that would not look out of place in Kubrick’s 2001: Space Odyssey, Monaco’s train station is a blend of technology and sustainability. On its 20th anniversary, Prince Albert inaugurated new facilities that keep the station at the forefront of technological advancements.

On 14 September, Monaco’s train station turned 20. Prince Albert along with several members of the government, including State Minister Pierre Dartout, were there to inaugurate new facilities that were introduced “in accordance with the Principality’s sustainability and digital interests”.

The Sovereign praised a WeBike terminal, which allows commuters to charge their phone while pedalling, as well as two connected workspaces with Wi-fi access and an Amazon Locker. “Along with the Prince’s Government, we decided that the train station should become more technology-friendly, all while remaining faithful to Monaco’s sustainability standards,” explained Fabrice Morenon, Managing Director at SNCF Hubs&Connexions, to Monaco Info.

The Monaco-Monte-Carlo station is third in the Provence-Côte-d’Azur region in terms of passenger numbers after Marseille and Nice. The station “represents a new concept of the modern station, which is innovative, both from the point of view of technology and of architecture,” said the Prince on the station’s 20th anniversary. In compliance with the Principality’s sustainability policy, the vault above the platforms has been equipped with low-energy light bulbs.