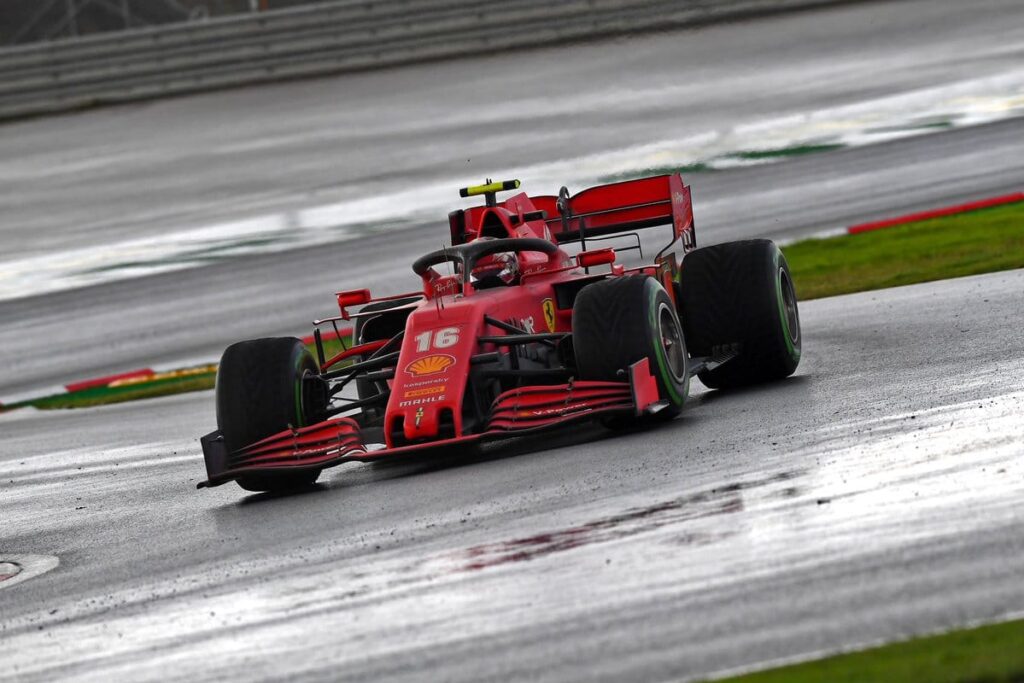 During Sunday’s Turkish Grand Prix, Charles Leclerc made his way up the rankings from P14 to P4, as Lewis Hamilton earned his 7th World Championship and with it his place in Formula 1 history.

Leclerc was perhaps the closest he’d come to a podium the whole season. Unfortunately, at quite literally the last minute, the Monégasque driver let the opportunity slip away. Things were looking up for Leclerc, who during the last lap even managed to steal P2 from Sergio Pérez (Racing Point) after the Mexican driver made a mistake. However, it was then Leclerc’s turn to make a mistake. Both Pérez and Sebastian Vettel (Ferrari) managed to overtake him, costing Leclerc the podium.

Lewis Hamilton won the Turkish Grand Prix, and with it the Formula 1 Championship. It’s the seventh World Championship win for Hamilton, a number previously reached only by Michael Schumacher. Sergio Pérez finished second in front of Sebastian Vettel who secured P3.

After a difficult start comes an impressive ascent

After a difficult start, Charles Leclerc fell back to P16. Given that he was experiencing difficulties with his Ferrari, Leclerc was one of the first drivers to switch from wet tyres to intermediates. He sped up the rankings, reaching the points and overtaking Kimi Raïkkönen (Alfa Romeo) and Kevin Magnussen (Haas). As the rain slowly stopped, Leclerc overtook a few other drivers, eventually making a second pit stop to change his intermediate tyres.

The second change of tyres did wonders for the Monégasque driver, who rather spectacularly overtook Alex Albon (RedBull) and Lance Stroll (Racing Point), before taking on his teammate, Sebastian Vettel (Ferrari). He got very close to second place, but after a mistake in the very last lap of the race, Leclerc saw his place on the podium snatched away.

Regardless, it was quite a feat that Leclerc accomplished during Turkey’s Grand Prix. Starting in P14 and ending in P4, the Scuderia Ferrari driver managed an ascent that we won’t forget anytime soon.