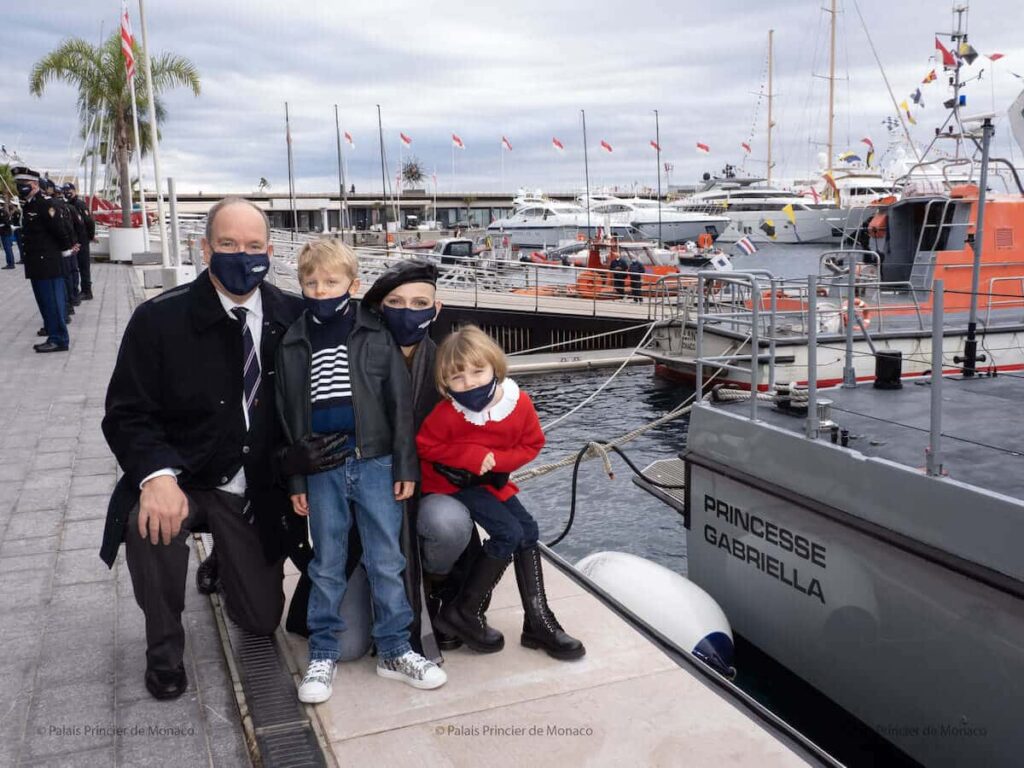 The newest boat of the Marine and Airport Police Division has a rather special godmother: Princess Gabriella.

On Wednesday 16 December, Prince Albert, Princess Charlene, Hereditary Prince Jacques, and Princess Gabriella attended the christening of the latest speedboat of the Marine and Airport Police Division. The boat was blessed by Monaco’s archbishop, Monseigneur David, and other senior officials from the Principality were also in attendance.

The boat, which weighs 60 tonnes, is 24 metres long and 5,6 metres wide. It will be used to support rescue and search missions at sea, marine pollution initiatives in the Mediterranean and cross-border control.

Princess Gabriella, after whom the boat is named, released the cord holding the bottle (made of nougatine) which broke against the hull, as maritime tradition dictates.

Sirens and foghorns rang out across the port to celebrate the naming. The vessel’s flag was then hoisted as a trumpet played the Monegasque national anthem. The ceremony concluded with a tour of the vessel by the Prince and his family. Princess Charlene, visibly very proud of her daughter, posted about the boat christening on Instagram.