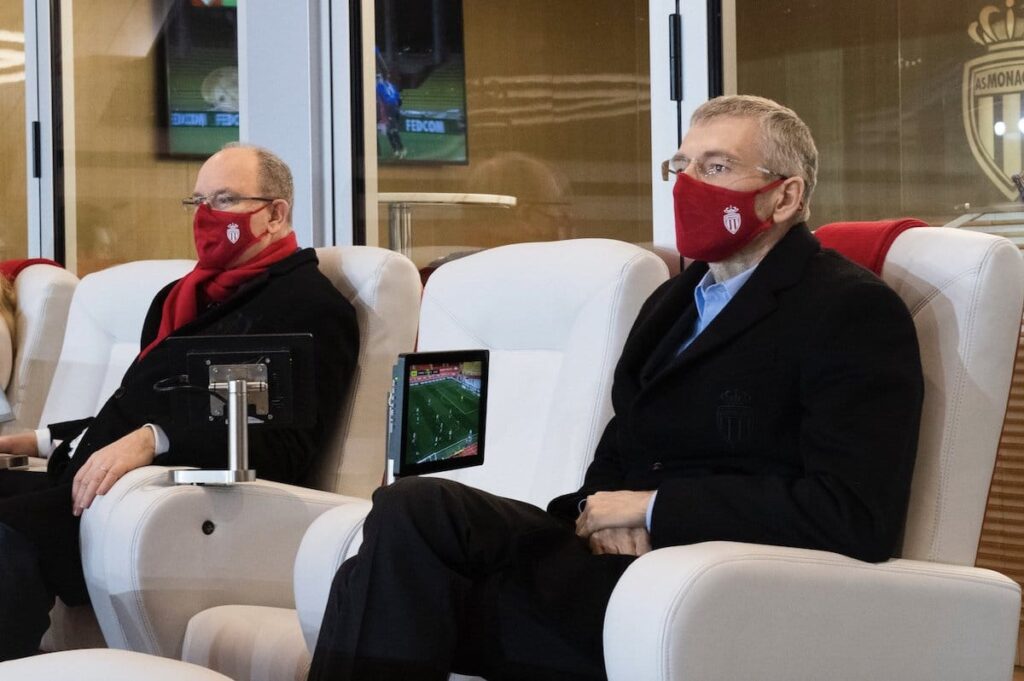 On home ground at the Louis II Stadium, AS Monaco secured their sixth straight victory on Wednesday night. Playing in the 100th Cote d’Azur derby, the team beat OGC Nice 2-1 and remain fourth place in the league.

Undefeated in 2021, AS Monaco are proving unstoppable. Just three days after their away game win against FC Nantes (2-1), the players struck victory again. Niko Kovac’s team extended their winning streak at the Louis II Stadium as they defeated the team from Nice (2-1).

During the match, the team had quite the audience. Watching from the Loge des Légendes was Prince Albert ll together with the club President Dmitry Rybolovlev, his daughter Ekaterina Rybolovleva and her husband Juan Santori. Afterwards, the Sovereign came down to congratulate the players on their sixth win of the year.

As Pierre Lees-Melou scored an equalising goal in the 47th minute, the match looked set to end in a tie. However, a sterling performance from team captain Wissam Ben Yedder propelled the home side to glory, as he scored a goal just four minutes later. His initial goal came in the first half as he took the penalty obtained by Caio Henrique, following a foul by Dan Ndoye.

It was a beautiful night. We knew it was the 100th derby and it was an important match for us to win, regardless of the league

As a result of their latest win, AS Monaco have held on to their fourth place ranking in the league. Following three points behind is PSG, after two recent matches in the league ended in a draw. The first was Stade Rennais against Lorient (1-1) and the second was l’Olympique de Marseille against Lens (2-2). Up next for the Red and Whites is their away game against Nîmes Olympique. Kick-off is 3pm this Sunday.

>> READ ALSO: Interview. Sofiane Diop: “I swore that I would come back to Monaco and make a name for myself”