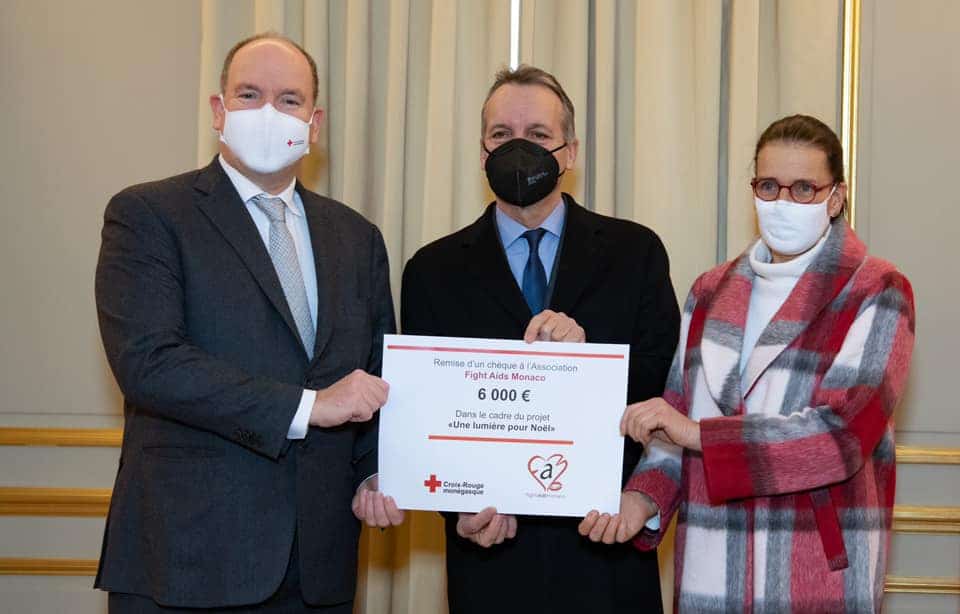 On Monday 8 February, at the Monaco Red Cross headquarters, Prince Albert II, President of the organisation, presented Princess Stéphanie with a €6,000 cheque.

The 4 December 2020 marked the beginning of the “Light for Christmas” initiative, which was launched to help disadvantaged and isolated people. In order to help those less fortunate, donations were made online to light up a virtual Christmas tree during the festive period.

As part of the initiative, the Monaco Red Cross and Fight Aids both partnered with Monaco’s Town Hall. Thanks to their work, 49 lights lit up the virtual Christmas tree. Donations came mainly from Monaco, but some were registered from France and Italy too. In fact, one donation came from as far away as New York.

Despite the health crisis, there has been no let-up in the fight against AIDS. On 1 December, Princess Stéphanie delighted in having volunteers who were still very much working in the field. The very same day she also presented the latest advances in treatments for the disease.

Besides dedicating itself to defeating AIDS, this not-for-profit organisation also works on the issue of violence against women. Passionate in their plight to provide help to anyone that needs it, Fight Aids is not limited to working on just one cause.