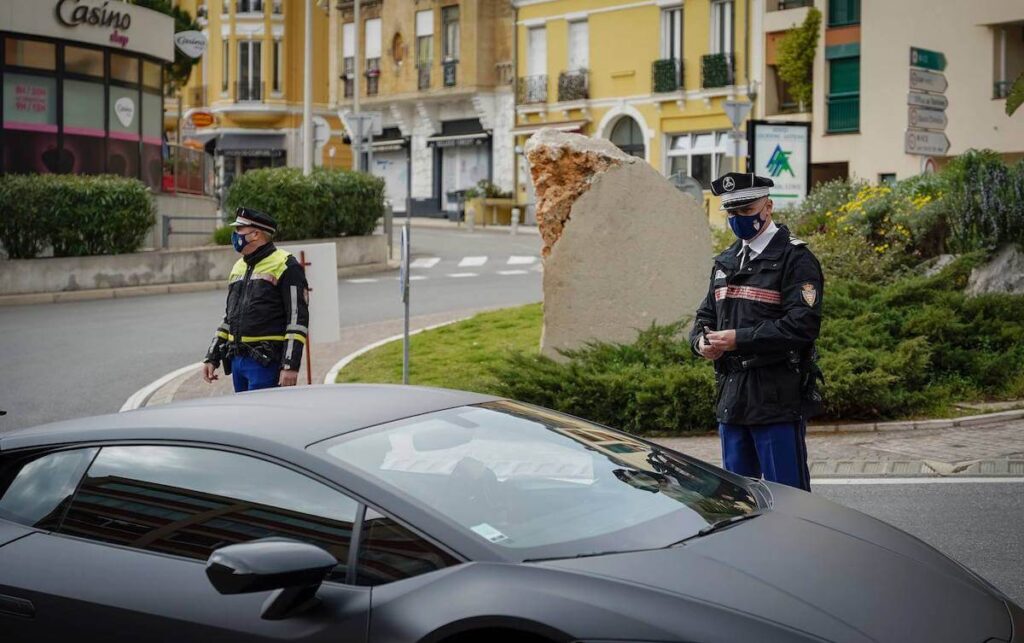 Last weekend, as the Alpes-Maritimes region was once again put under a local lockdown, Monaco’s police force continued their increased border checks. As well as turning away certain travellers, the Principality also decided to close three of its restaurants.

Stricter border controls continued in Monaco last weekend with 3423 vehicles stopped by the police, compared to 3079 the weekend before. Across Saturday 13 and Sunday 14 March, a total of 234 drivers were refused entry into the Principality. Controls also took place at the train station, where passengers also have to provide documents proving their reason for entry. Here, the authorities turned away 12 people. Restaurants were also subject to increased checks with 214 diners stopped by the police. However, nobody was found in breach of the current regulations.

The hospitality sector is partially open in Monaco as restaurants are allowed to serve customers from 11am to 3pm. However, the Princely Government has warned that any establishments found to be in breach of the safety rules will face consequences. Following a ministerial order from the 3 March, this has been the case for three restaurants in the Principality. The Beef Bar restaurant in Fontvieille was forced to close its doors for six days, as well as Tre Scalini and Pulcinella having to close for four days.

As police carried out their checks, several staff members working at Tre Scalini and the Beef Bar were found without masks, which is a legal requirement. It is also required that guests show certain documents proving they are allowed to dine in the Principality, but some customers had been served in Pulcinella without having any papers, forcing authorities to close the restaurant.