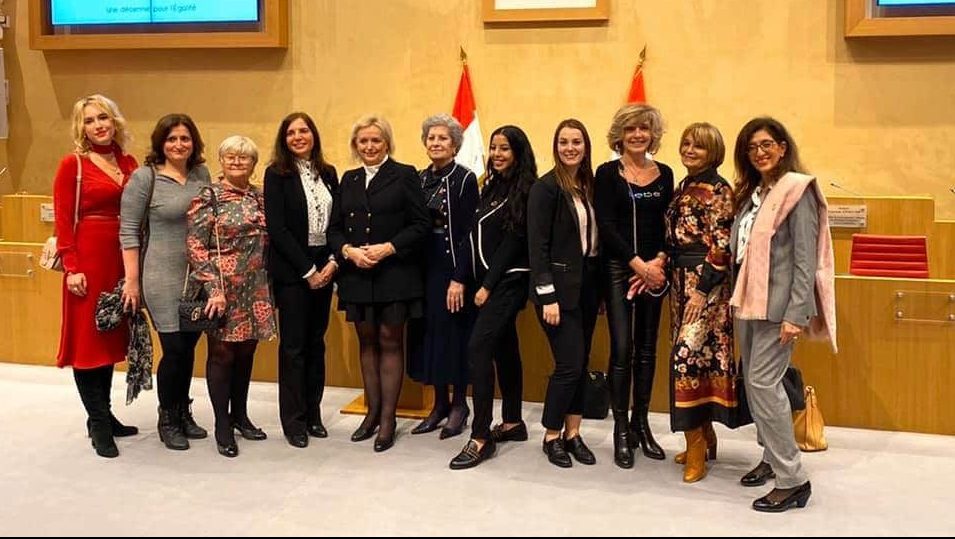 As part of a series of articles dedicated to International Women’s Day, Monaco Tribune is shedding light on the work done by the organisation known as Femmes Leaders Mondiales Monaco.

Founded in 2011, the Monégasque branch of the global organisation Femmes Leaders Mondiales (FLMM) is working to combat gender inequality, with Princess Stéphanie occupying the role of honorary President.

Passionate about equality, the organisation is fighting for women’s rights in a variety of areas, including politics, teaching, media, health and the economy. After becoming President of the group ten years ago, Chantal Ravera wanted to really focus on pursuing gender equality in healthcare.

Contrary to popular belief, heart disease is the main cause of death in women. Often, many symptoms go unnoticed and women tend not to realise how serious the disease can be. The problem is worsened by the amount of time it takes to receive a diagnosis, especially during the current health crisis, which can prove fatal. In an effort to change all of this, Chantal Ravera made it her mission as President to prioritise this issue.

Every year, to raise awareness amongst women about this “disease of the century”, FLMM organises a “big campaign”. They provide disease prevention booklets, host a reception and have a book about the latest treatments for the disease. Slowly but surely, this initiative is helping women become more aware of the danger and “protect their hearts”. In the campaign’s first year, “Monégasque doctors were overwhelmed as so many women wanted to book an appointment and get checked out,” explained Chantal Ravera .

>> READ ALSO: The fight for women’s rights continues in Monaco

Although women’s health is central to this organisation, their members continue to support a wide variety of other missions, such as the rehabilitation of female prisoners, youth projects and women’s rights.

Every year, in honour of International Women’s Day on the 8 March, this organisation chooses one incredible Monégasque woman to receive the “FLMM Women’s Trophy”, as recognition of her career and achievements.

In 2021, Chantal Ravera presented the award to Marie-Pierre Gramaglia, Counsellor of the Ministry of Equipment, Environment, and Urban Planning. Having served at Ministry of State for the past ten years, she was also the first woman to ever occupy this position. Although this was an incredible step forward, this is an area where much work remains to be done in order to achieve equal representation of men and women amongst employees.

Last year, Anne Eastwood, High Commissioner for the Protection of Rights, Liberties and for Mediation, was awarded the trophy. Many other wonderful woman have also been previous recipients of the award, including: Brigitte Boccone Pagès, the first female Vice-President of the National Council and Benoit Desevelinges, Director of the Princess Grace Hospital.

To support or become a member of this organisation, you can get in touch via https://www.femmesleadersmondialesmonaco.mc/nous-contacter/ or contact@flmm.mc