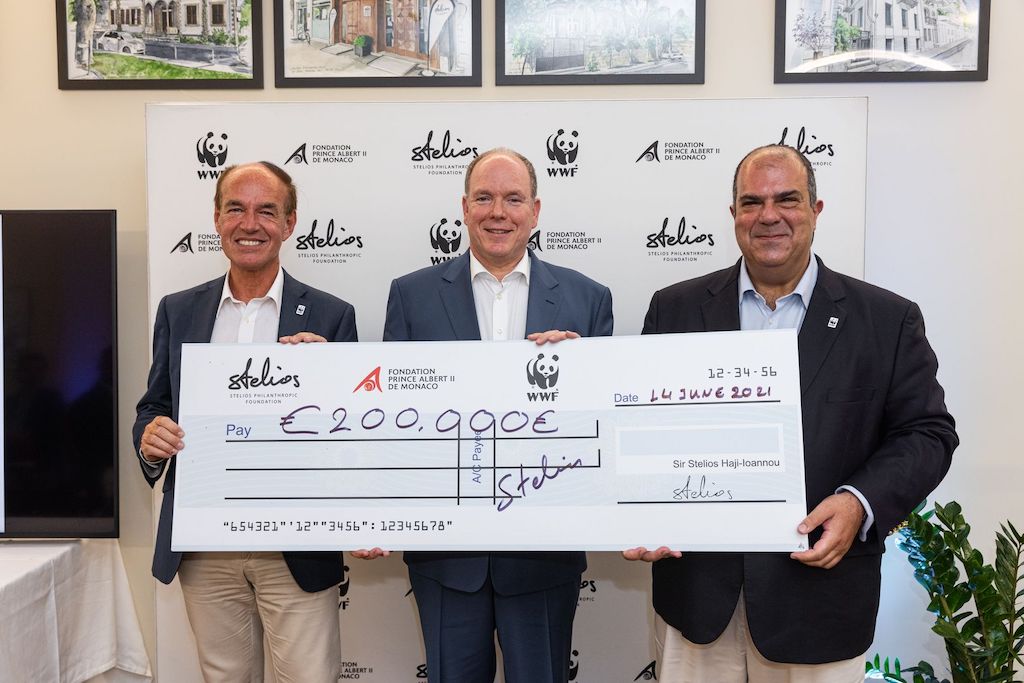 Raising more money than ever before, the Stelios Philanthropic Foundation held their annual charity dinner in the Principality this week, in support of the Prince Albert II Foundation and WWF.

Thanks to Sir Stelios Haji-Ioannou and the generosity of the 50 guests attending the event, 216,000 euros will be split between these two organisations. United in their mission to save the environment, the funds from this year’s event will help protect emblematic Mediterranean species, such as whales, sharks, tuna and swordfish.

Hosted on Monday 14 June, organisers invited everyone attending the dinner to donate €1,500 towards the evening. Once counted, the Stelios Philanthropic Foundation matched each and every donation, resulting in a record total of funds being shared between the two causes.

Both Prince Albert II of Monaco and Marco Lambertini, Director General of WWF International, attended the event, with the Sovereign taking the opportunity to deliver a speech to diners. As he took to the lectern, he reminded guests of the increased threats facing the Mediterranean. Despite our efforts so far, he explained that pollution is still a huge problem and many important ecosystems remain vulnerable.

A resident in Monaco since 1989, the EasyJet founder supports philanthropic events in all four countries where he has lived and worked: the UK, Greece, Cyprus and Monaco all benefit from his altruistic nature. In fact, he is the only resident in Monaco to have joined the Giving Pledge, which is a global movement of philanthropists led by Bill Gates and Warren Buffet. Either during their lifetimes, or in their will after passing, they have all committed to giving half of their fortunes to a good cause.

Staying true to his promise, this charity dinner has raised vital funds for environmental protection over the last ten years. Even when the Covid-19 pandemic forced him to cancel the 2020 event, Sir Stelios Haji-Ioannou, determined to protect our planet, still donated money to both the Prince Albert II of Monaco Foundation and WWF.