Protesters banned from going up on the Rock in Monaco 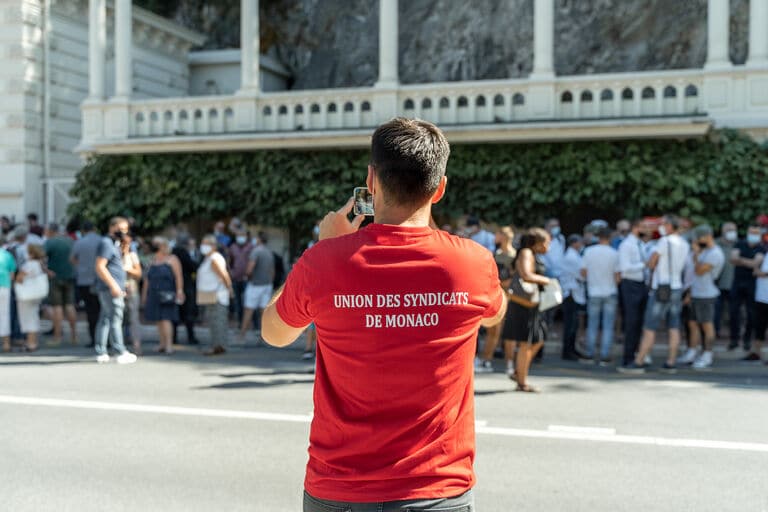 After the Principality passed a new law allowing for more flexible working hours, Monaco’s Trade Union Association and the Union for Pensioners decided to protest in front of the National Council on Wednesday.

Despite a legislative session taking place at the same time, 200 people protested around the Place d’Armes, demanding that the law, passed on the 17 June, be retracted. However, they were unable to protest in the centre of Monaco as according to the government “the Rock, due to the role it plays, must remain separate from this sort of activity.”

Speaking prior to the protest, the Prince’s Government announced they would not prevent it from happening, but they did believe it to be “badly timed.” Not only this, but “congregating around the National Council and Government buildings is also disrespectful to these institutions.” Additionally, “during the pandemic, people should follow the rules decided upon by ministers on the 25 June 2021, notably not gathering in groups of more than 10 people out in public.”

A law unlikely to change

During a meeting on the 29 June, the Minister of State and Minister of Social Affairs provided some extra information regarding the new law. “This law seeks only to create more flexible working hours. The aim is not to reposition union delegates or make some laws governing businesses more important than others.  Neither does this law wish to challenge workplace agreements that are already in place.” In conclusion, the Prince’s Government declared the law would remain the same as the National Council voted it to be.