Green hydrogen and pleasure sailing: what’s trending in the Principality? 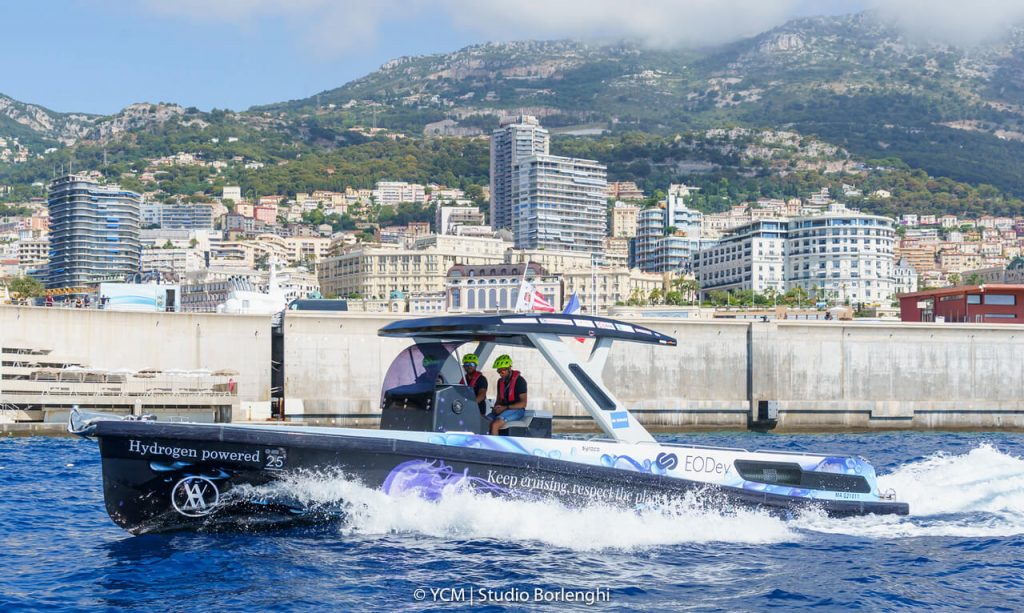 Green fuel has now become an interesting alternative for pleasure sailing. There is stil one issue: the lack of refuelling infrastructure.

Green hydrogen has many advantages. It is naturally available in large quantities. It can be easily stored. It is also very dense in terms of energy: a single cylinder of hydrogen can power a boat or car for hundreds of kilometres.

For hydrogen to take off, we need a political framework that motivates and incentivises investors

Unfortunately, it remains an expensive fuel that suffers from a chronic lack of infrastructure. “Hydrogen production remains expensive because there is no industrial production of electrolysers (the apparatus that transforms hydrogen into fuel, ed.),” explains Marc Rechter, CEO of Resilient Group, which deals with energy transition at European level. The company was a finalist at CleanEquity Monaco 2021. “For hydrogen to take off, we need a political framework that motivates and incentivises investors, industries and logistics operators to make the decisions that will allow the market to start developing.”

Efforts are already underway, notably at European Union level. The EU considers that “hydrogen will play a key role in our future energy systems”.  In the Principality, the Monaco Hydrogen Alliance will organise a three-day conference in October to discuss the future of green fuel in the country.

Lack of infrastructure is a major constraint

There is no doubt about it. The future of pleasure boats is hydrogen even if the fledgling market makes it difficult, if not impractical, to use hydrogen yachts due to a lack of infrastructure.  For the Monaco Energy Boat challenge 2021, Hynova Yachts’ New Era, an all-hydrogen yacht unveiled in Monaco in 2019, was forced to make use of trucks loaded with hydrogen cylinders to fill her tanks. A time-consuming and expensive operation.

The installation of sufficient refuelling stations is essential to ensure the decarbonisation of pleasure sailing, according to Marc Rechter. “Players will only start to produce and buy boats once the infrastructure is in place, because they will know that it is feasible.”  Until then, the market will not be able to take off.

Marc Rechter encourages the Principality to be bold. “Monaco has a special status in the world. The Principality’s port has a lot of visibility, which makes it an ideal place to set an example. That’s why I think the country needs to be at the forefront of the infrastructure drive.”

Although the Monaco Government does not claim to be avant-garde, it recognises that hydrogen will eventually have to be integrated into the Principality’s ports.  “Having a hydrogen refuelling station in Monaco will undoubtedly be necessary in the next few years,” says Annabelle Jaeger-Seydoux, Director of the Mission for Energy Transition.  “The hydrogen that will be supplied will be green and as local as possible. The station will have to be modular, starting out small and adapting to demand. The government is also considering a possible subsidy in the launch phase, “aimed at the user”.

Annabelle Jaeger-Seydoux also points out that the Principality has recently begun discussions on the subject. “The Government, in association with the Yacht Club and the Prince Albert II Foundation, is coordinating and leading a working group of all the stakeholders, in order to encourage and effectively support the boats switching to hydrogen.”  To be continued…