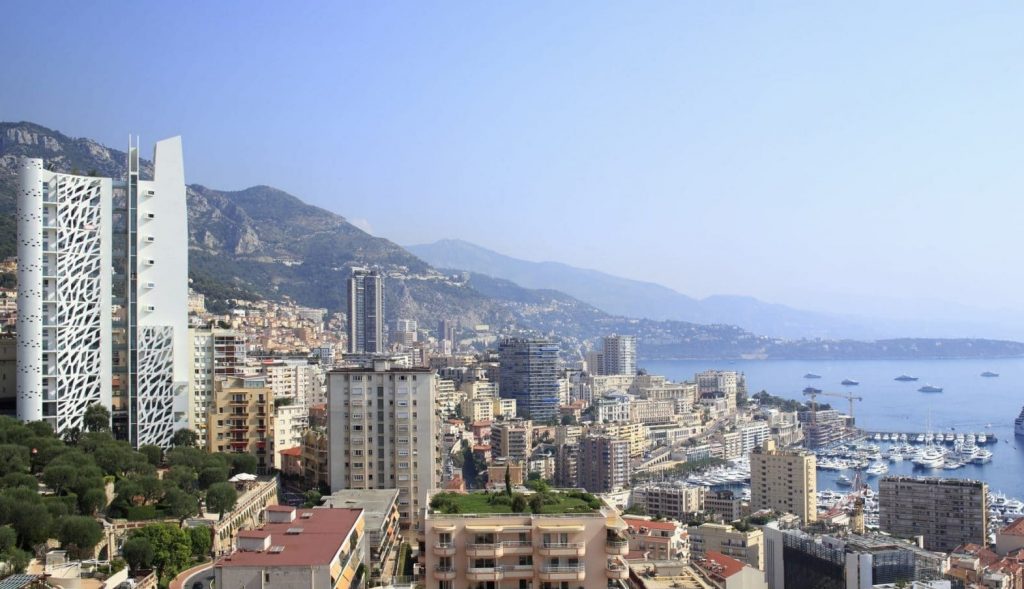 The Parisian architect Jean-Pierre Lott, who is behind numerous projects in the Principality, including the famous Villa Troglodyte and the soon-to-be-inaugurated Honoria Palace, has made part of Monaco in his own image.

He will never get tired of it. “Monaco is very graphic”, says Jean-Pierre Lott, who sticks to the tradiitonal technique of drawing by hand. “The Principality is an exceptional site, conducive to the use of white architecture, as light and shadow play on the buildings. With the sun, the sea, the mountains, it’s magnificent.”

Already a renowned architect in Paris, Jean-Pierre Lott started working with JB PASTOR & Fils shortly before 2010.  The result of an unplanned encounter.  “At the end of a conference I was giving, Patrice Pastor asked me if I could do a project for him.  He liked my work and I was used to doing projects in Marseille and in the South of France.  It all started from there. »

2010 saw the inauguration of Jean-Pierre Lott’s first project, the Ni Box, a leisure complex for young people (soon to be demolished to make way for a new building complex). Prior to the inauguration of the impressive Simona Tower (main photo) in 2013.  “The Simona Tower is unique because of  its urban location,” he explains. “It is built on gardens, and forms part of a complete perspective that goes from the mountain to the sea with the city in the middle.”

Today, almost seven projects have been completed by the Parisian architect.  The Simona Tower as mentioned, but also Le Stella, Villa Roccabella, the Ni Box, Les Cigognes, Villa Troglodyte and Palais Honoria, which will be inaugurated in early 2023 with 65 state-owned housing units equipped with fully fitted kitchens and a crèche. And among them, one in particular attracted a lot of attention: the unique Villa Troglodyte.

“There was quite a buzz around the villa.  It is an extraordinary project.  The idea was to make a house that fits into the landscape rather than intrude on it.  The villa is also an environmental laboratory that uses efficient energy saving systems”, explains Jean-Pierre Lott.  “There is solar energy, geothermal energy, and waste water is collected for watering and sanitation. And all the materials selected, from floors to paints, are certified. Cork is used for insulation, for example.”

An innovative project that is part of the series of buildings imagined by Jean-Pierre Lott, who is expected to carry out other constructions in the years to come. “I was meant to handle Mougins Town Hall project, but it was abandoned because of Covid-19. In Monaco, I am used to carrying out my projects in series and not in parallel”. The next project of the Parisian architect should therefore be announced once the Palais Honoria is inaugurated. Remember, patience is a virtue!