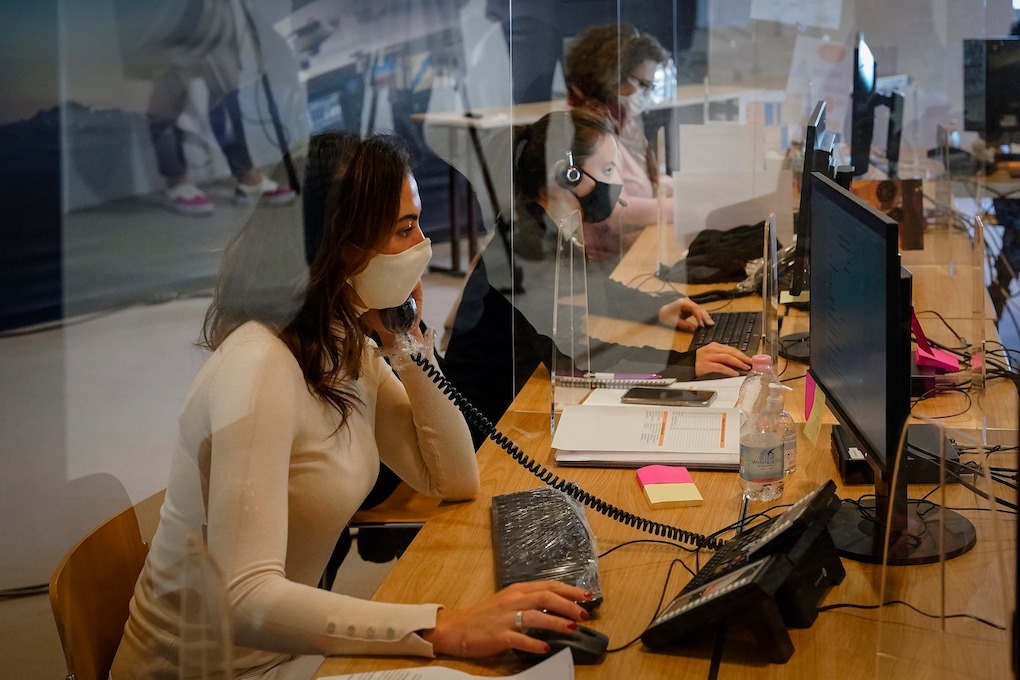 The centre is now monitoring more than 350 cases, compared to fewer than 20 in November.

Richard Manas, supervising Doctor at the Covid call centre, spoke about the situation in an interview with Monaco Info.

The arrival of the fast-spreading Omicron variant in the Principality has caused the number of people being monitored by the call centre to shoot up from 20 to more than 350 in less than two months. These people, placed in quarantine, are called every day by the centre, which provides them with support and a listening ear.

However Dr Manas added, reassuringly: “we have observed that the symptoms are generally less severe, which is probably to do with the nature of the Omicron variant, but also because the majority of people are vaccinated. The impact of vaccination is noticeable: the vast majority of severe forms are in non-vaccinated people.”

So as to strongly encourage people to get vaccinated, from 15 January next, the health pass will no longer be valid without the third dose in France and Monaco.

Given the increase in contaminations, and despite vaccination coverage of more than 67% in the Principality, according to Monaco Statistics, reinforcements have been brought in at the centre: “We had to adapt the system,” explains Dr Manas. “We have put mechanisms in place so we can go out into the field to see sick or isolated people. (…) The aim is to avoid clogging up Accident & Emergency, or seeing certain situations worsen.”

The Prince’s Government published a communiqué asking people with mild symptoms not to go to Accident & Emergency, which is for critical care.

In case of tiredness, fever, headache or sore throat, cough, loss of smell or taste, or slight breathing issues, it is recommended that you call your general practitioner, or the call centre. If the symptoms are more serious, such as breathing difficulties or shortness of breath, call 18 or 112.