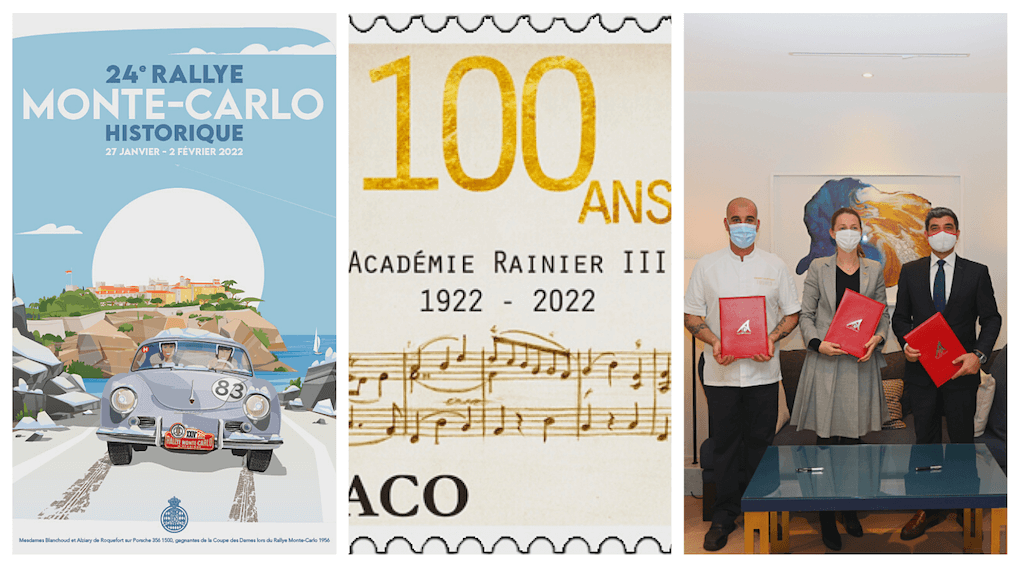 An update on the most important news stories this Thursday, February 3.

Victory for the Belgian twins Philippe and Antoine Cornet de Ways Ruart at the Historic Monte-Carlo Rally – The 205 cars arrived at Port Hercule during the night of February 1 to 2, with the Cornet de Ways Ruart twins crossing the line first in their Porsche 911. “Winning this iconic Rally is sheer joy,” they said. The Gala and Awards Ceremony event was held on Wednesday evening in the Salle des Etoiles of the Monte-Carlo Sporting Club, bringing the 24th edition of the competition to a close.

A commemorative stamp for the centenary of the Rainier III Academy – Philatelists have something to look forward to: as of March 25, the Office des Timbres de Monaco will be selling a stamp bearing the image of the Academy, which was created in 1922. It will be sold as a limited edition of 40 000 stamps.

The Colombus Monte-Carlo and its Tavolo restaurant join forces with the Prince Albert II Foundation – The hotel and its restaurant signed the Mr. Goodfish partnership agreement on January 26. This programme is coordinated by the Prince Albert II Foundation, and seeks to ensure the preservation of marine species, in particular by combatting overfishing. Henceforth, the Tavolo restaurant undertakes to promote little-know species, as recommended by Mr. Goodfish, on its menus. The establishment had already been labelled a “committed restaurant” by the Prince’s Government, thanks to its work promoting local and seasonal products and reducing food waste.