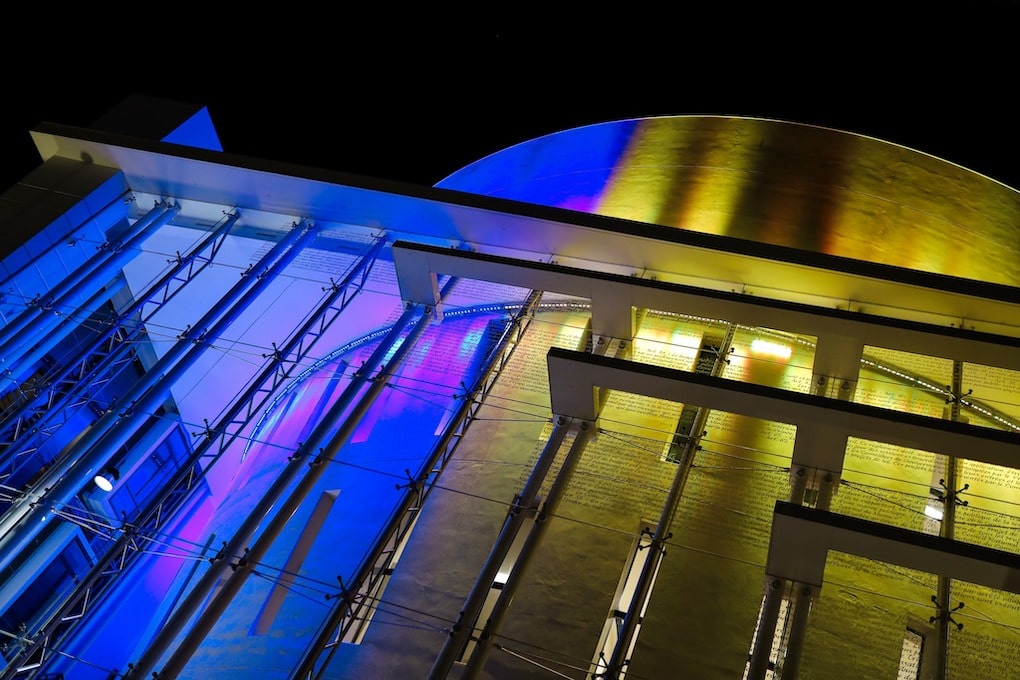 The Council building was lit up in blue and yellow, the colours of the Ukrainian flag, on Monday evening.

After an early statement by the Minister of State, followed by Prince Albert II, the National Council spoke out in turn about the Russian-Ukrainian conflict, through a press release published on the evening of Monday 28 February.

“The National Council stands in solidarity with the Ukrainian People

The elected representatives on the National Council add their voice to the Prince’s message in which he “strongly condemns the invasion of Ukraine” and express their full support for the Ukrainian people.

Deeply attached to the values of the sovereignty of each State, democracy and freedom, the elected representatives echo the concerns of the Monegasque community and offer the Ukrainian people their support and compassion during the terrible ordeal they are experiencing. They call for a rapid return to peace.

In order to provide practical assistance to the Ukrainians in a gesture of solidarity, the elected representatives support the initiative by Caritas Monaco, backed among others by the Diocese of Monaco, and by the Monegasque Red Cross, which has just announced that it will be making a financial contribution to support the victims of this conflict. More information on www.croix-rouge.mc/faire-un-don/

Symbolically, the National Council building will take on the colours of the Ukrainian flag this evening [Monday 28 February].”