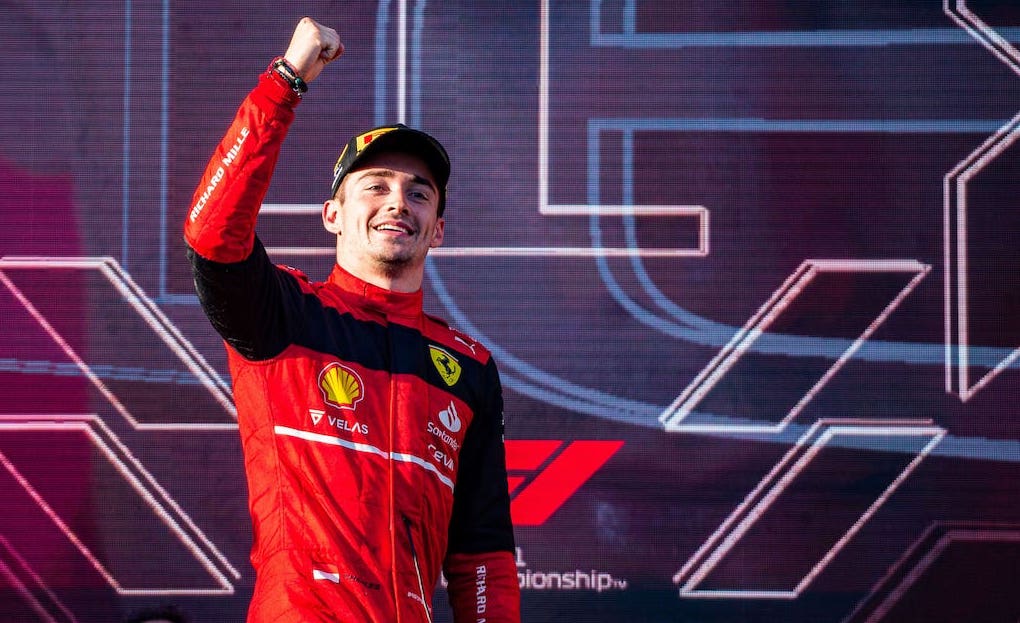 The Monegasque driver won his second Grand Prix of the season in Melbourne, ahead of Sergio Perez (Red Bull) and George Russell (Mercedes).

Two wins in three races. Even in his wildest dreams, Charles Leclerc (Ferrari) could not have imagined a better start to the season. After two nightmare seasons, the Monegasque was humbly hoping to be up there with the leaders by the end of the year and win a few Grand Prix.

It has only take him three races to win two of them, bringing his career total to four. A breathtaking start to the season that means he is at the top of the world championship leader board by a comfortable margin (71 points, as against 37 for Russell and only 28 and 25 for Hamilton and Verstappen).

Starting in pole position in this Australian Grand Prix, back after a two-year absence due to the Covid-19 pandemic, Charles Leclerc backed up his brilliant qualifying session by leading the race from start to finish. Max Verstappen was always on the Monegasque’s tail, but the Red Bull driver ended up retiring towards the end of the race because of a mechanical problem, for the second time already this season.

“This is my first victory where everything was under control from start to finish,” the Monegasque said after the race. “This performance would not have been possible without a reliable car. Our race management was solid, the tires held up well until the end. I am happy.” The next date in the driving diary is April 24 at Imola.