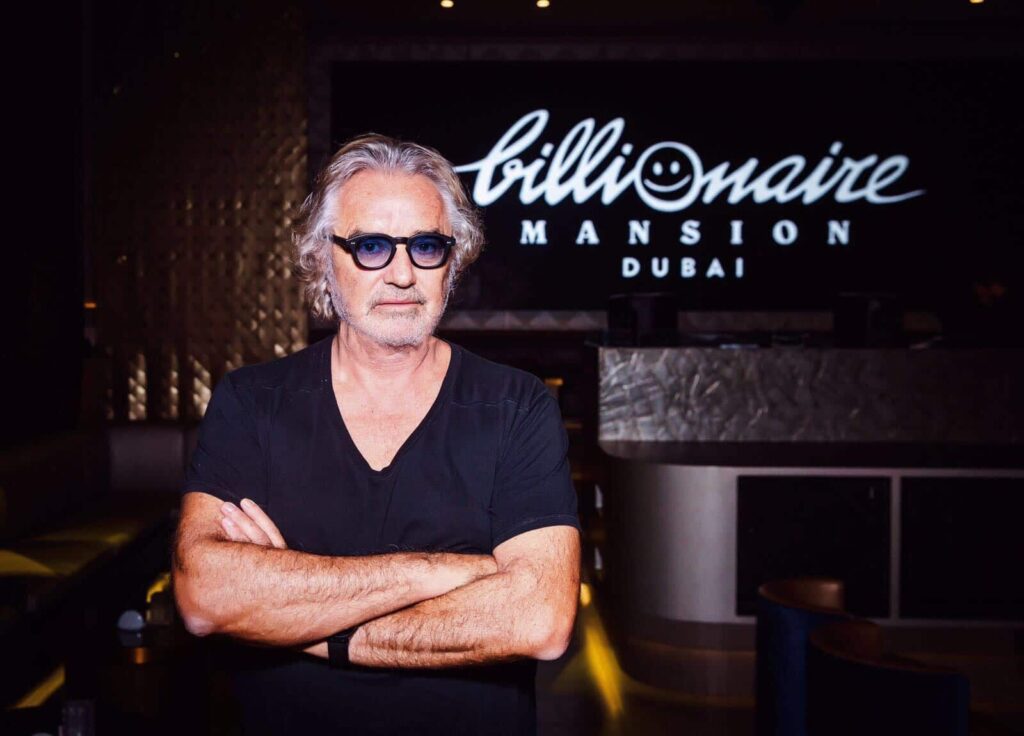 Flavio Briatore has many lives, and everything he touches seems to turn to gold. From sales director of the Benetton Group to Formula 1 to restaurants such as Cova and Crazy Pizza, the entrepreneur reveals the secrets of his success.

In an interview with Wall Street Italia, the Monaco resident said that his desire to succeed in life came to him in Monaco. While on a trip to the Principality with friends, something clicked when he saw the big yachts and their rich owners. And he said to his friends, with conviction: “If they’ve made it, I don’t see why we should have to stay in Cuneo.” To his mind, “the experience was a catalyst [for him]”.

Later, he used the same recipe for all his projects: “you have to have a clear idea and know the market well. (…) You need to have a very strict roadmap and follow it starting from point A until you get to point Z. (…) All our brands were created with the same philosophy, which is, first, a strong and loyal team. That is the key to success. As far as catering is concerned, the secret lies in the service. If the service is excellent, the customer will be satisfied. (…) Secondly, we must always seek to improve and renew ourselves and not take success for granted.”

These days, as Flavio Briatore admits himself, after all these successes, “I have everything I need.” However, he always enjoys “creating new jobs” and new venues if they are “useful to society as a whole.”

There’s no lack of projects for 2022, on the contrary. He is due to open a new Billionaire store on Mykonos, then focus on the Middle East. Flavio Briatore also plans to export Twiga to Rome and open several other Crazy Pizza restaurants.