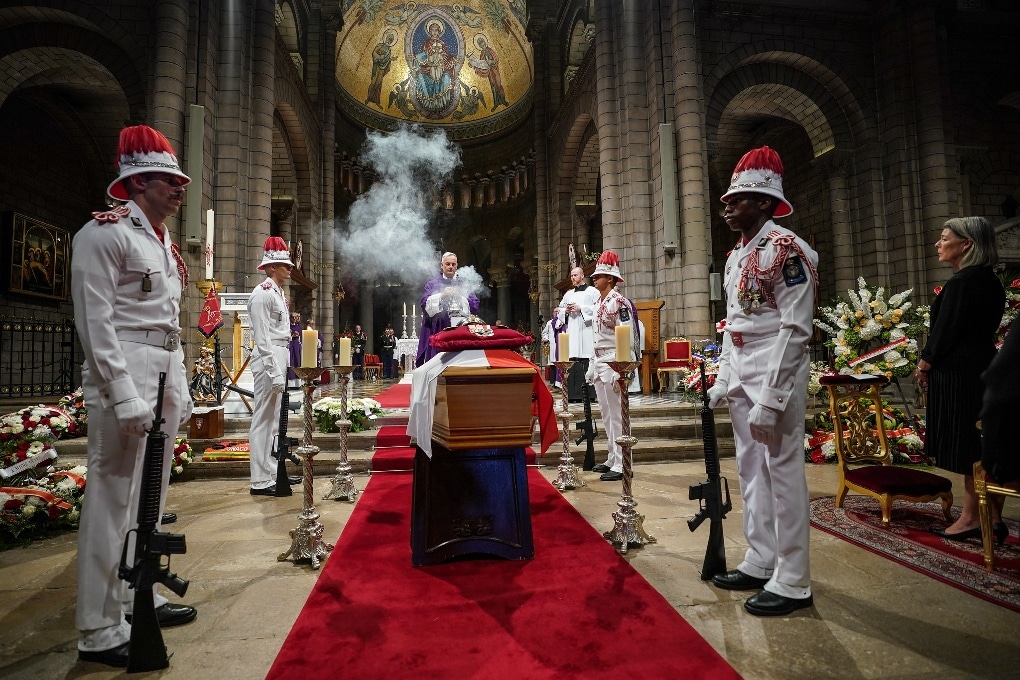 Prince Albert II was detained in Norway and was unable to attend the ceremony on 24 June.

Sergeant Thierry Pérard. That is the name of the 51-year-old firefighter who died last Sunday while responding to the fire at the 21 Princesse Grace building.

After conveying his condolences, Prince Albert II had expressed the wish that a national tribute be organised in honour of the firefighter on Friday, June 24. Since the Sovereign was detained in Norway where he was attending Prince Albert I commemoration events, Princess Caroline represented the Princely Family at the funeral mass, which was celebrated in the Cathedral.

Before the funeral, the firefighter was promoted to the rank of staff sergeant and posthumously named Knight of the Order of Saint-Charles on the place du Campanin, in Fontvieille.

First firefighter to die on operations in Monaco

Thierry Pérard is the first firefighter to die while carrying out his duties since the creation of the Brigade in 1909. Lieutenant-Colonel Maxime Yvrard, Chief of the Monaco Fire Brigade paid tribute to him by describing Thierry Pérard as “someone who was calm and thoughtful and did not go out on missions looking to cause a sensation.”

On the fire, he added: “Today we are in the process of learning all the lessons we can from what happened.  It was a very big fire […]  which was incredibly intense and very complex.”