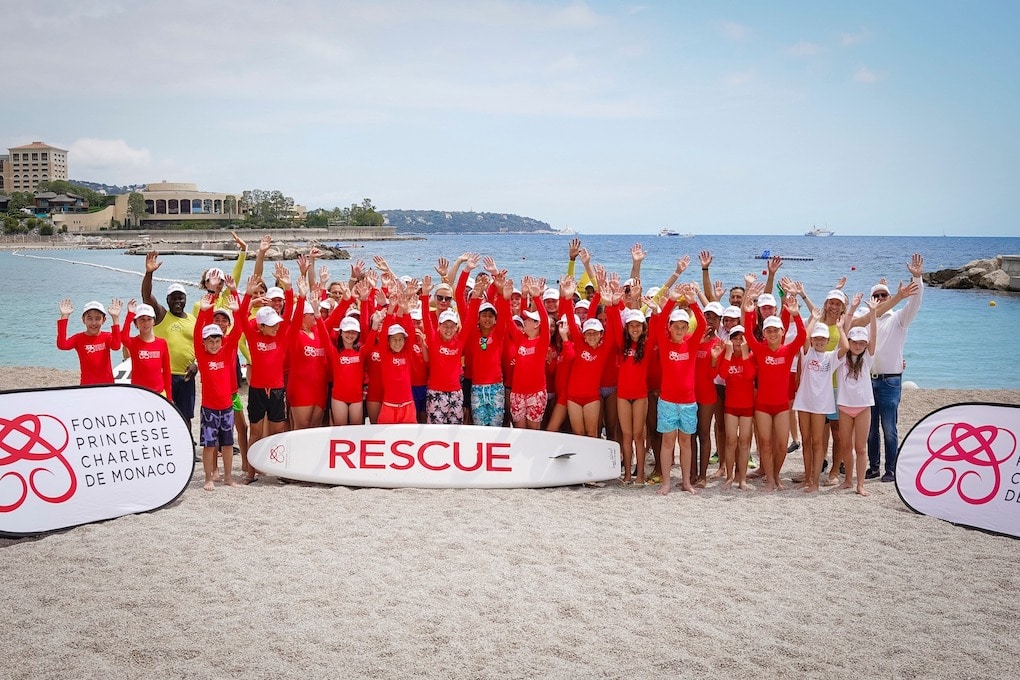 The Princess attended the event, organised by her Foundation on Thursday, June 30.

The event had been on hold for two years. On Thursday, June 30, Water Safety Day was back and making a splash on Larvotto beach. A unique moment, organised by the Princess Charlene Foundation and the Académie Monégasque de la Mer (Monegasque Academy of the Sea), to raise Principality pupils’ awareness of life-saving, water safety and first aid.

The children also had the opportunity to meet some fifteen Olympic champions and medallists, who took part in the “Committed Celebrities Challenge” at the end of the day, with swimming, a relay race on the sand and a paddle rescue relay on the menu. Taking part were, among others, Julien Lalanne, world sea rescue champion and Muriel Hurtis, world 4x100m relay champion in 2003.