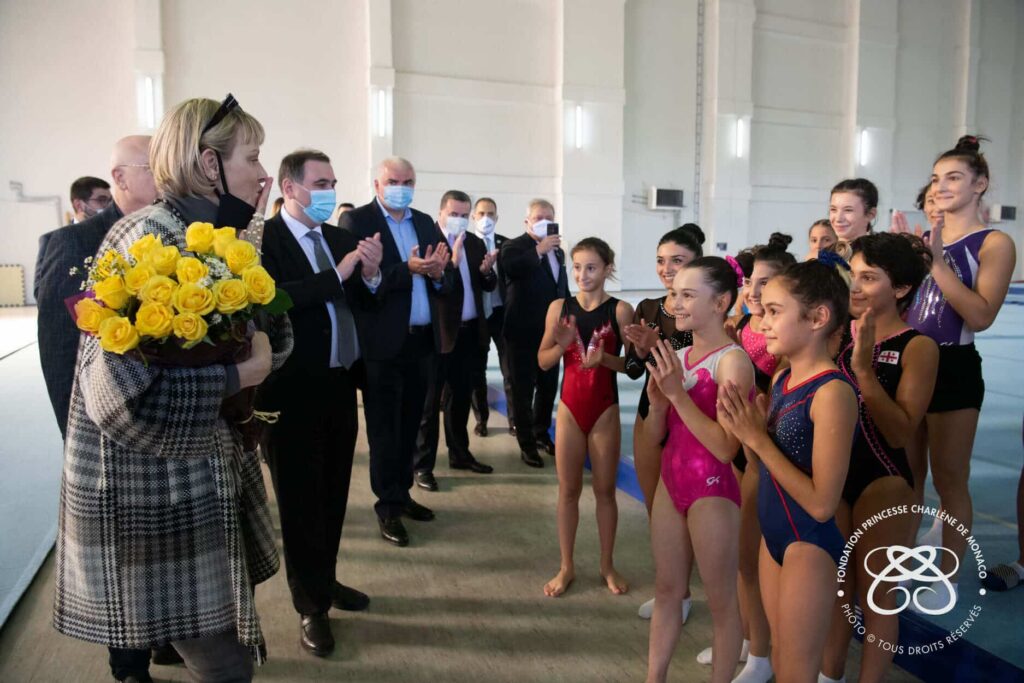 Princess Charlene is currently in Georgia to visit Tbilisi’s rugby club and the Olympic Village. The Princess came bearing gifts: a bus to assist the rugby club on its travels.

On Wednesday 7 October, H.S.H Princess Charlene of Monaco visited the Olympic Village in Tbilisi in the presence of Georgian Minister of Education, Science, Culture and Sport Mikheil Chkhenkeli and other Georgian authorities. The visit was carried out as part of Her Foundation’s activities.

A bus for the rugby club

Princess Charlene gifted a bus to Tbilisi’s Rugby Team. The bus is intended to support the club on its travels. Tbilisi’s rugby school will take part in the 10th edition of the Sainte Dévote Tournament in Monaco in 2021. The Sainte Dévote Rugby Tournament, which takes place in the Stade Louis II on a yearly basis, is organised with the support of the Princess Charlene of Monaco Foundation.

The Princess Charlene of Monaco Foundation runs several programmes throughout the world, such as “Learn to Swim” and “Water Safety”, which teaches measures to prevent drowning. Since the foundation’s creation in December 2012, almost 730,000 people, mainly children, have benefited from these three programmes in 34 countries.  Last September, the Princess herself took part in a 180 km water bike rally between Corsica and Monaco to raise funds for Her Foundation.

Meanwhile, Prince Albert II is currently on a two-day official visit to Serbia.