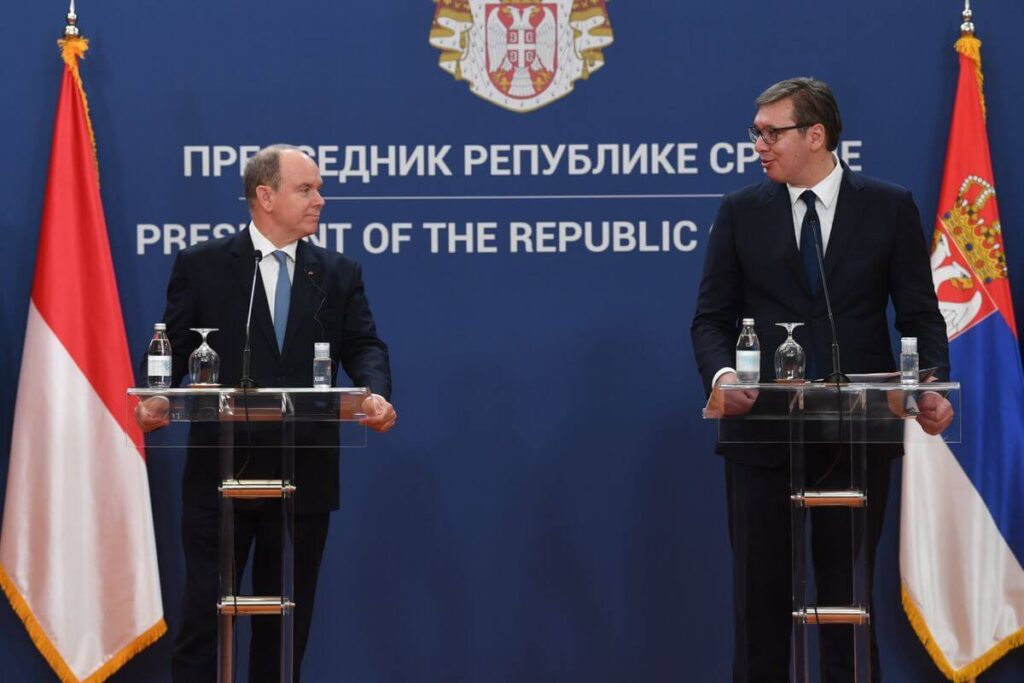 Prince Albert II of Monaco is currently on a two-day official visit to Serbia. After a fruitful meeting with Serbian President Aleksandar Vučić, the heads of state announced a new economic agreement between Monaco and Serbia.

During his first official visit to Belgrade, Prince Albert met with Serbian President Aleksandar Vučić to discuss the “deepening of bilateral relations, as well as the improvement of cooperation in many areas of mutual interest”. World politics, climate change, and coronavirus were also discussed.

It was the Prince’s first official state visit since the start of the pandemic. On 7 October, the Prince visited Belgrade’s National Museum, while on 8 October, he is expected to visit a natural reserve near the Croatian border.

The visit bore its fruits, including a new agreement on economic cooperation signed between the Serbian Chamber of Commerce and the Monaco Economic Board. The agreement aims to increase trade between the two countries.

The Serbian President also announced that Serbia would soon join the UN’s Alliance for Multilateralism, a Franco-German initiative, saying that “all we could learn today from Prince Albert” was fundamental in this decision.

Prince Albert too expressed his satisfaction at the day’s work: “The Republic of Serbia and the Principality of Monaco can seem different in many ways, but I believe that the complementarities and common points of our countries will be trump cards for strengthening our relations at different levels,” he said.  Monaco and Serbia established diplomatic relations only in 2007.