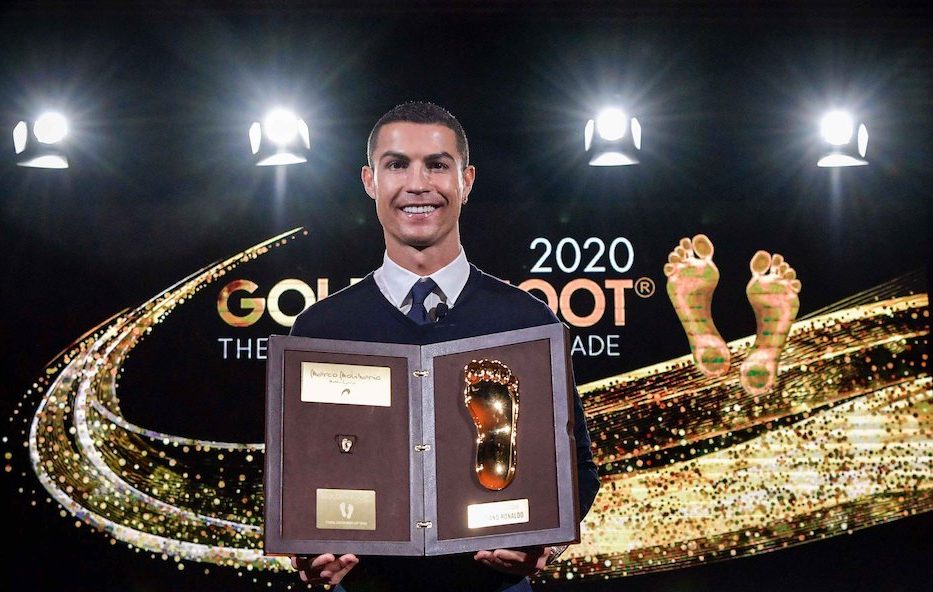 Juventus’ enfant terrible was awarded on 20 December the title of the best player of the year. Watched over by an attentive Louis Ducruet, the Portuguese player left his footprints for Monaco’s Promenade des Champions.

As every year, it was up to users to decide. In the end, the “Golden Foot” award, which honours the best player of the year, went to five-time Golden Ball winner, Cristiano Ronaldo. Ronaldo received the coveted award just hours after Juventus beat Parma (0-4).

“It’s something I hoped to win one day. Just look at the history of the award. The legends who have received it are very important, and I am very happy to have joined them,” he said, adding: “It will be right at the from of my collection!”

Ronaldo is the perfect example of the modern and strong footballer, humanity is lucky to have seen him play.

“It will be an honour for the Principality to have the footprints of a great champion such as Cristiano Ronaldo and the President of Juventus Turin, Andrea Agnelli,” said Prince Albert II. Monaco is already halfway there: Ronaldo got his footprints made under the watchful eyes of Golden Foot founder Antonio Caliendo and Louis Ducruet, who took the opportunity to get his Juventus jersey autographed by Ronaldo.

Ronaldo’s footprints will join those of other football legends, such as Diego Maradona, on Monaco’s new Promenade des Champions, which will be unveiled shortly.