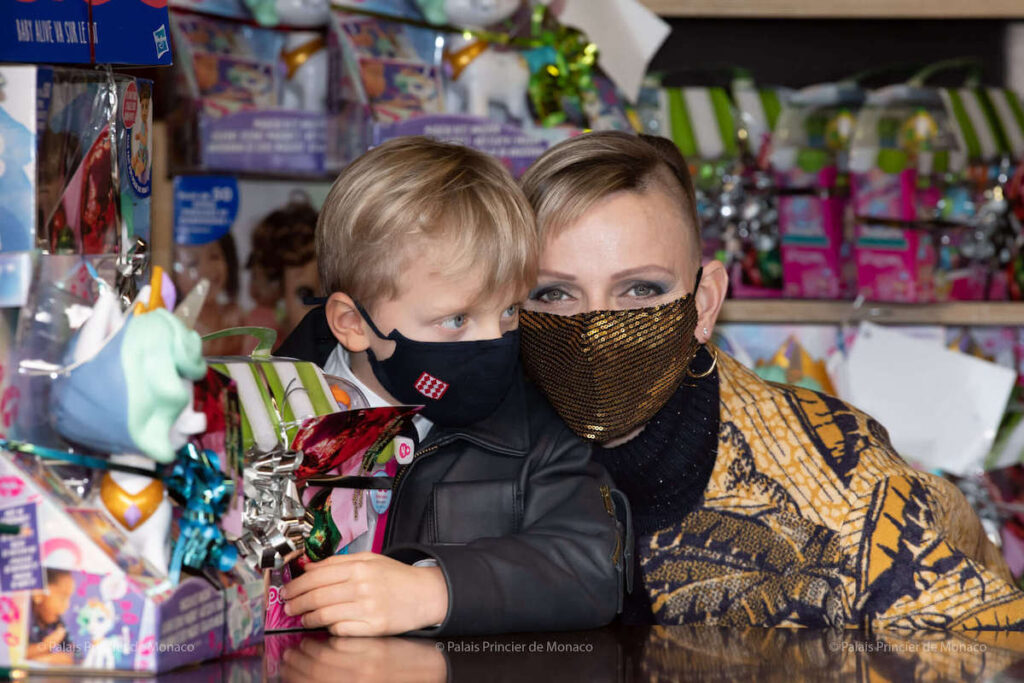 During the annual Princely family Christmas presents distribution in the Palace courtyard all eyes were on Princess Charlene and her daring new haircut.

Royals are not particularly famous for their audacious hairstyles, but Princess Charlene has always had been known for her unconventional style choices.  If the Princess’ previous haircut – a bob with very short bangs – had got people talking, so will her most recent hairstyle.

During the annual Christmas present distribution in the courtyard of Monaco’s Palace, the former Olympic swimmer was spotted sporting an edgy undercut pixie . Standing behind the counter of a traditional Christmas market stall, Princess Charlène distributed Christmas presents to nearly 700 children, aged between 5 and 12, helped by her children, Hereditary Prince Jacques and Princess Gabriella.

>> READ MORE: Looking back on the Princess Charlene Foundation’s work in Ghana

Throwing it back to the 80s

Princess Charlene has sported short hair before. The surprise is not the length of the hair, but the daring undercut and shaved left side – perhaps a royal first. The hairstyle is a clear ode to the 80s and the punk movement, with a dash of Rihanna singing Stay. Whatever the inspiration, we admire the Princess’ boldness.