AS Monaco: what role will Aleksandr Golovin play now that he’s back? 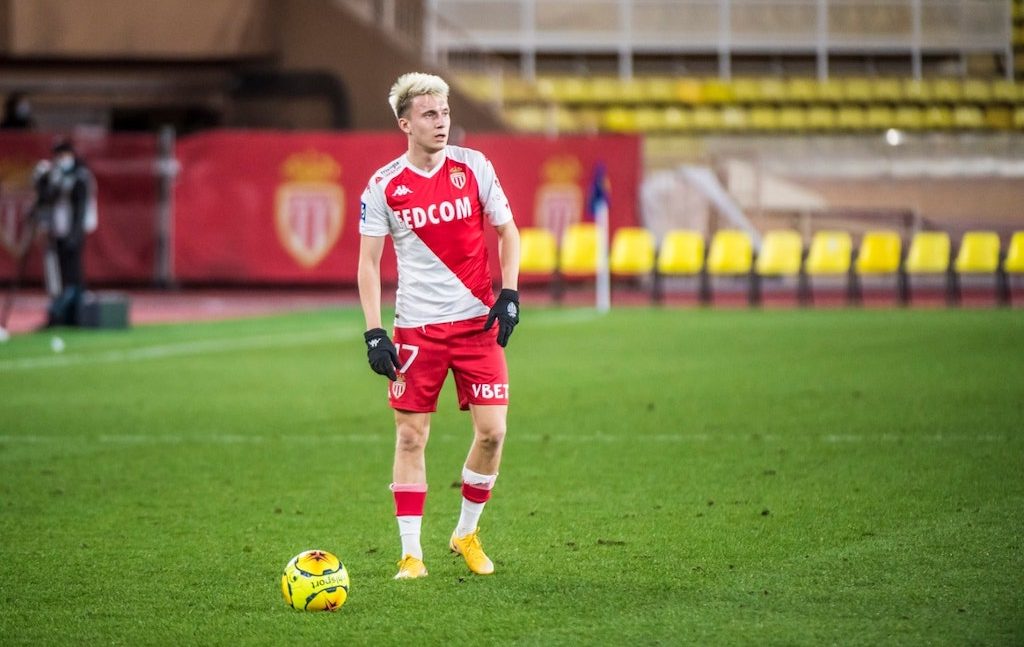 His return was eagerly awaited by fans and staff of AS Monaco alike. But right as he is about to put on the ASM jersey again after four long months away from the field, questions about the role he will play on the pitch are beginning to be asked. Will the Russian international midfielder be able to find his place in Niko Kovac’s already established tactics?

What if Golovin actually turned out to be AS Monaco’s main recruit of the winter? Back in training since the end of the holidays, Alexsandr Golovin has taken part in group training sessions and will be playing against FC Lorient on Wednesday evening at the Moustoir stadium, as Niko Kovac confirmed during a recent press conference.

“I spoke to our medical staff, who recommended that I don’t necessarily put him on the pitch right from kick-off,” said AS Monaco’s coach. “We have to be careful, but he will still be traveling with us to Lorient. We’ll give him playing time little by little”.

A gradual return to the team

Following a thigh injury on August 30th during a match against FC Metz, the Russian international midfielder has only actually played in two matches since the start of the season, which sees him limited to a managerial role. During his absence, the former CSKA Moscow strategist has watched several teammates rise, including Sofiane Diop (20 years old), who replaced Golovin brilliantly in the 4-4-2 set up put forward by Niko Kovac after the blow against Olympique Lyonnais (4-1).

>> READ MORE: Monaco among many keen on bringing in Brighton’s Bissouma

The success of the young French mid-fielder is certainly influencing the coach’s decision not to rush Golovin’s return on the field. In the January games, Golovin is expected to start on the bench. Golovin played twice as a midfielder in the 4-3-3 formation that characterised Niko Kovac’s start of the season. The Russian has not played in the team since the switch to 4-4-2 (or 4-2-3-1, depending on Kevin Volland’s hybrid and backward positioning). The new formation does not, at first glance, seem to favour Golovin’s qualities.

“We are lucky enough to have several versatile players in our team and Golo is one of them,” said Kovac. “He can play as a winger, but I think his best position is as a number 10. So far we are playing with Wissam (Ben Yedder) and Kevin (Volland) in 9 and 10 respectively and we are very happy with the pairing.”

According to Niko Kovac, Golovin, who is originally from Kaltan, in Southern Russia, could therefore quickly have to compete with Ben Yedder and Volland, rather than with Sofiane Diop. The Ben Yedder-Volland duo has pulled Monaco through the season and features an impressive track record: 14 goals out of 28 in total and 6 assists. Kovac’s decision not to threaten Sofiane Diop with Golovin shows the coach’s confidence in the young midfielder.

During the press conference, Niko Kovac also broached the subject of the winter transfer window, which opened on January 2nd. If we are to believe AS Monaco’s coach, there won’t be many new arrivals. “We’re very happy with the current workforce. Like all clubs, we are keeping an eye on the transfer market. That’s the job of Paul Mitchell and Laurence Stewart. In defense and midfield? We don’t have any specific needs. But if an opportunity arises, then why not…” Nevertheless, it is difficult to imagine Paul Michell and AS Monaco not bringing in at least one new recruit this winter.