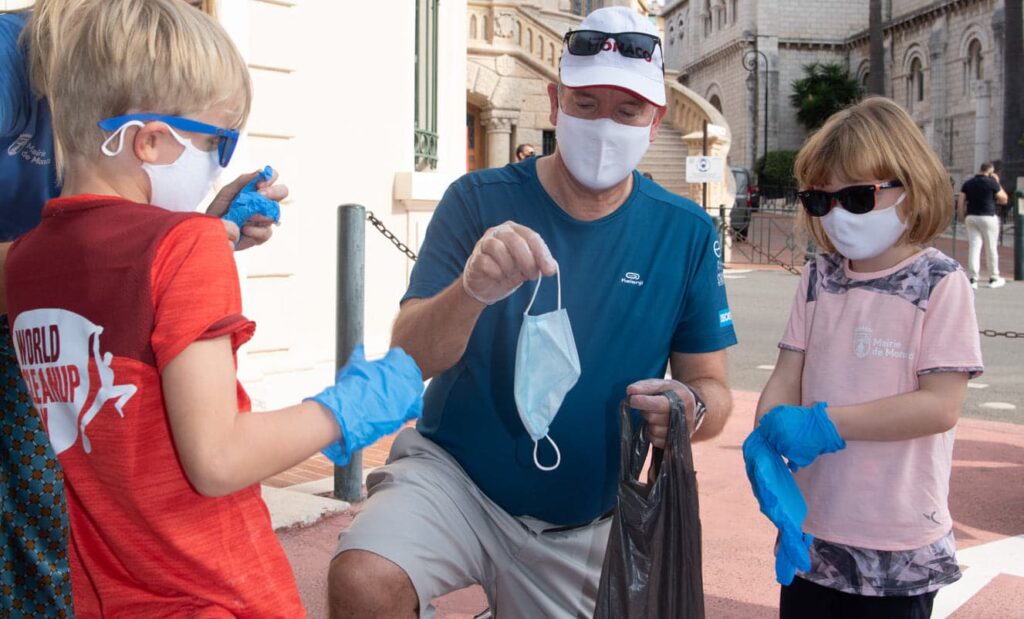 As Monaco’s Sovereign Prince celebrated his 63rd birthday over the weekend, Monaco Tribune has taken a look back at some of his achievements and environmental activism. A father of two, passionate about sports and committed to protecting our oceans, Prince Albert II has made the Principality a guiding light for sustainable development and a green future.

On Sunday 14 March, Prince Albert II celebrated his 63rd birthday. Reining over Monaco for more than 15 years, he has ensured that the Principality has done its utmost to protect the environment, as well as being involved in activism himself. In 2006, he travelled by dogsled to the North Pole in order to raise awareness about the problems surrounding climate change, making him the first Head of State to ever reach the North Pole. In the same year he also established a Foundation in his name, which aims to promote sustainable development on a global scale and supports many initiatives, in the fields of research and technological innovation.

Swimming, tennis, bobsleigh, sailing… there are few sports the Sovereign is yet to try his hand at! In fact, from 1988 to 2002 the Prince competed for his country several times in the bobsleigh discipline at the Winter Olympics. President of the Yacht Club de Monaco since 1984, he is not only passionate about playing water-sports, but also protecting the ocean and its increasingly threatened ecosystems. “Of the many crises threatening our planet, the problems surrounding biodiversity are without doubt some of the least noticeable, yet most alarming issues being faced today,” reminded the Sovereign Prince during his speech for the virtual United Nations Biodiversity Summit last September.

Protecting the oceans starts with education

Having a leader so passionate about the environment has meant the Principality is now at the heart of several international projects. Over the last few years, Monaco has joined the Global Ocean Alliance, which aims to protect at least 30% of the oceans by 2030. As well as this, the Principality is part of TheMedFund, which is a Monaco based organisation, founded in partnership with France and Tunisia, that provides sustainable funding for marine biodiversity conservation. Speaking at the Summit meeting last September, he declared how “it is not about protecting a few species, a few ecosystems or a few of the seas. It is about protecting our planet, our future, our lives.” As the current health crisis shakes the world, the importance of human beings and nature being able to live in harmony has become all the more apparent and people are starting to question their behaviours and consumption habits. As part of this green shift, Prince Albert II is determined to make the Principality carbon neutral by 2050.

Instilling a passion for the environment into the younger generation

For Prince Albert II, protecting the environment is a family affair. His wife Princess Charlène and their six-year-old twins Jacques and Gabriella are all also committed to saving the planet. “We went through a long phase of them wanting to know everything about the oceans, the planets and the solar system,” revealed the Sovereign during an interview with People magazine, published on the 25 February 2021. Speaking to Gala magazine in 2019, he explained how the twins “can recognise certain species, even some that are endangered,” before going on to describe how “their interest was sparked by this physical link with the ocean: it’s vital… protecting the oceans starts with education.”