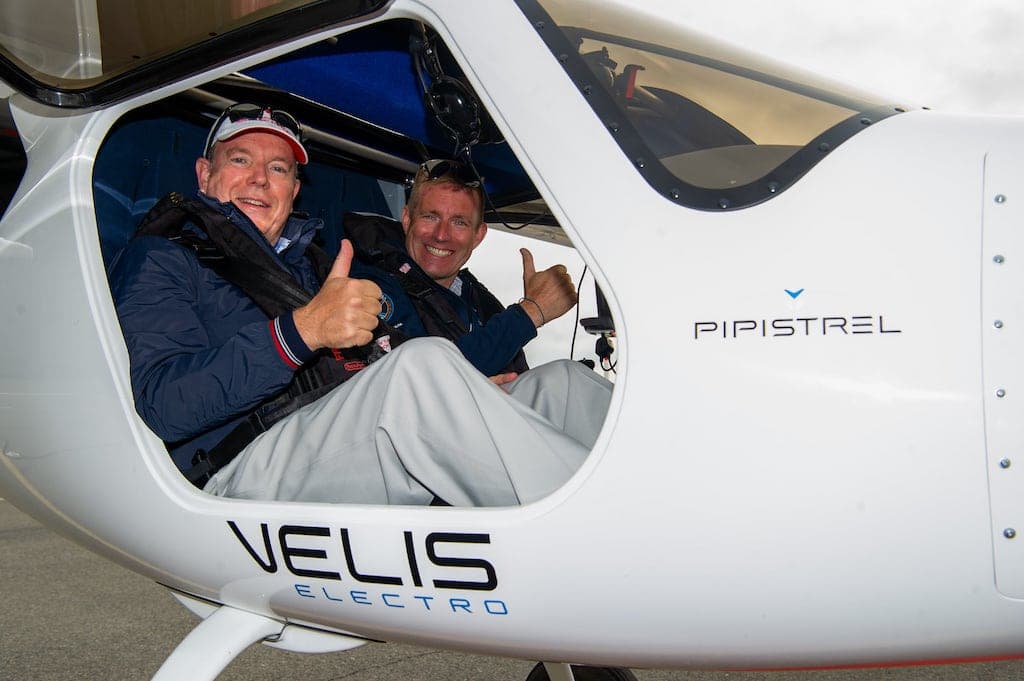 Pilot, mountaineer, diver, parachutist, explorer, lecturer…  Raphaël Domjan is an enthusiastic and fascinating self-taught man, who is determined to change mindsets in order to preserve the planet.  His latest feat?  Piloting the first electric flight by a head of state.

The pressure began to build a few hours before take-off.  “In the morning, we realised what we were getting into when the owner of the plane started to panic,” he grins.  He said to me: “Raphaël, you’re going to bring him back alive, right?”

It has to be said that a few years earlier, when he was admiring the stars on the shores of Lake Neuchâtel with the Alps as a backdrop, the young Raphaël Domjan would never have imagined an experience such as this: flying over the Principality with Prince Albert II at his side, aboard an electric plane.

As a child, he wanted to be an astronaut

“I have always been passionate about aviation, reveals the man who grew up in the bucolic city of Neuchâtel, the watch-making capital.  As a child, I wanted to be an astronaut.  That’s what inspired me. On Sunday afternoons, I never missed a chance to watch the adventures of commandant Cousteau.”  Like a certain Laurent Ballesta.  “I was lucky to have a grandfather who would often go in the mountains, and I would follow him”. »

I soon became aware of the dangers of climate change

Along with one of his two brothers, Alexis, the nature lover discovered caving and diving, when he wasn’t spending his time exploring the skies with a paraglider or the waters on a catamaran. The birth of a vocation.

“I soon became aware of the dangers of climate change”.  He started off as an ambulance driver, while pursuing his engineering studies, then Raphaël Domjan obtained his mountain rescue credentials, and went on to complete his helicopter pilot training.

Involved in several humanitarian projects, the 49-year-old is the instigator of the PlanetSolar foundation, created in 2007. It was the beginning of a long adventure that led him to form close links with the Principality. The beginning of records and achievements, too.

He dreams of reaching the stratosphere in a solar plane

That year, he took part in the expedition between Martinique and Dominica one board SUN21, the first solar-powered boat to cross the Atlantic. It was on that occasion that he made the first ever dive from a solar boat.

Between 2010 and 2012, he was expedition leader on the first solar-powered round-the-world voyage, on PlanetSolar, starting out from Monaco.  “I got the chance to meet His Serene Highness.  Sailing around the world out of and back to Monaco was an incredible experience.”

>> SEE ALSO: Alban Michon, arctic explorer and extreme diver fights to save the planet from drowning.

Since this round-the-world trip, Raphaël Domjan has put together an international team to launch the SolarStratos mission, whose aim is to reach the stratosphere with a solar aircraft. The record-breaking flight is planned for 2023.

A regular visitor to Monaco, Raphaël Domjan maintains close ties with the Oceanographic Museum and the Prince Albert II Foundation. These are important partners for the Swiss adventurer, who is delighted that the Sovereign accepted the idea of the flight in an electric plane.

He wants to reduce fossil fuels by using natural resources

“It’s historic, and for the record, the very first head of state to have flown by plane in 1910 was a friend of the Princely Family,” he reveals.  “That was Emperor Ferdinand I, the first tsar of Bulgaria.”

In ten years’ time, commercial flights such as Nice-Geneva or Nice-Paris will be possible in electric aircraft

Emphasising the “bravery” of Prince Albert II to “fly in a plane with a fifty-minute range, over the sea”, Raphaël Domjan believes that the risk taken by the Prince’s Palace is positive and provides hope for the battle he is waging, namely to reduce pollution by replacing fossil fuels with renewable energies.

“We have to use what nature makes available to us. Within a year or two, the range of electric planes will have gone up to two hours. In ten years’ time, commercial flights such as Nice-Geneva or Nice-Paris will be possible in electric aircraft.  This transition period is exciting.” Excitement is definitely a driving force for the man who will forever be remembered as the first pilot to have flown over the Principality in an electric plane. 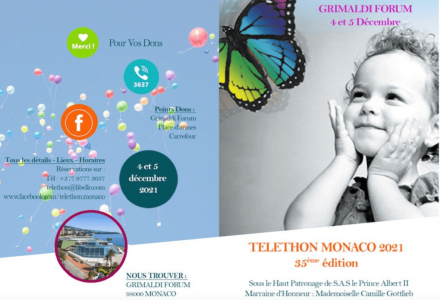