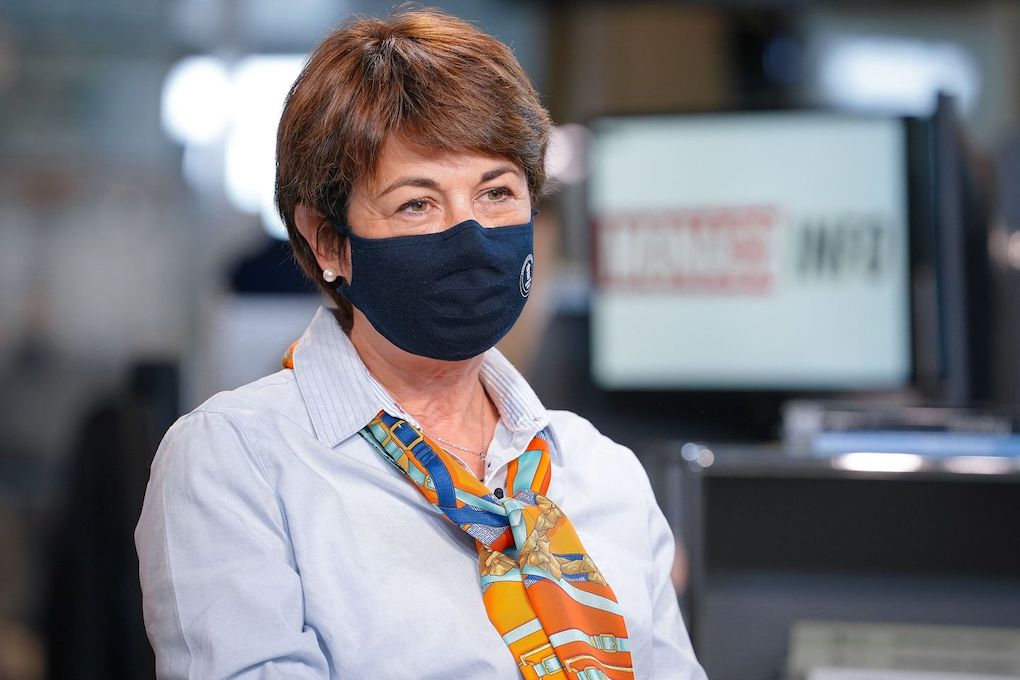 Isabelle Berro Amadei took up her post as Minister of Foreign Affairs and Cooperation on January 17th.

“A lot of pleasure and a great honour”. On January 17, Isabelle Berro Amadei succeeded Laurent Anselmi as Minister of Foreign Affairs and Cooperation. In an interview with Monaco Info, she shared her first impressions, but also her future projects.

Recently returned to the Principality, after having served as Extraordinary and Plenipotentiary Ambassador to His Majesty the King of the Belgians, Isabelle Berro Amadei first expressed her happiness at having returned to Monaco, “a small country with a big heart”, despite the health situation. “It’s not easy, especially in diplomatic circles, but we have managed to reinvent ourselves, we have managed to adapt (…) Let’s stay positive, and wait to see how the health situation evolves”,  she added.

After mentioning the visit by the Serbian President and his delegation on February 22, and the organisational work being carried out at the moment, lsabelle Berro Amadei also welcomed the fact that, for the first time, there are now two women in the Government: “This is the first time that there have been two female Government Councillors [the second is Céline Caron-Dagioni], and I am particularly delighted to be Chairperson of the Women’s Rights Committee in the Principality. I think it’s an excellent sign and things are moving in the right direction.”

And after praising the work of her former fellow Ambassadors, Isabelle Berro Amadei spoke about her projects: “I hope to be able to go to Madagascar soon with the Cooperation Department. This is the country where we are most involved, in partnership with local organisations.  We are due to inaugurate a food centre with the Mérieux Foundation, in the presence of the President of Madagascar, at the end of March.”