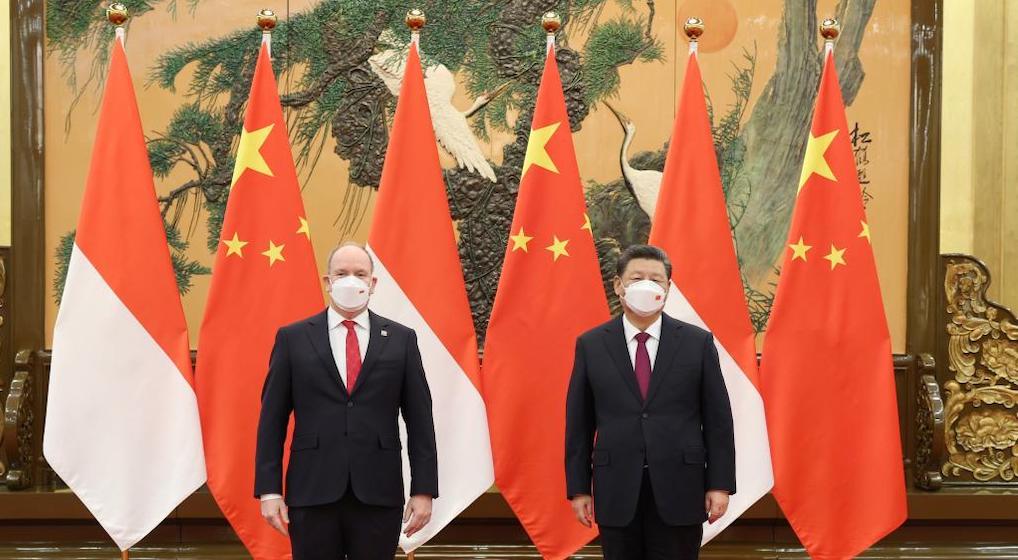 The two heads of state met this Sunday, during the Winter Olympics in Beijing.

To support the competing Monegasque athletes and reinforce diplomatic relations with China. This is the mission of Prince Albert II, currently in Beijing, who once again met his Chinese counterpart, President Xi Jinping.

“Relations between China and Monaco have become a model of friendly exchanges and mutual benefits between countries of different sizes, histories and cultures,” the Chinese president said.

A friendship illustrated by the “Princes and Princesses of Monaco” exhibition in the Middle Kingdom in 2018, which the Prince went to see, then by the historic visit, a year later, of Xi Jinping to the Principality.

The Chinese president mentioned Prince Albert’s Olympic achievements, then Sino-Monegasque relations, materialised in particular through the deployment of 5G in Monaco. The leader also called on Monegasque companies to invest in China and to take part in the China International Import Expo in November.

Small gifts for the Princely Twins

Prince Albert II praised the opening ceremony of the Winter Games, which “sent a message of peace and solidarity, which is exactly what the world urgently needs.”

During his diplomatic visit, the Sovereign also received a small plasticine figurine as a gift, in the image of the Games’ mascot: Bing Dwen Dwen, the little panda. On receiving the figurine, the Prince asked the vendors, “Can I ask you a big favour? Could I do a second one? I have twins, and if I only bring that one home… “

A request they happily granted, as captured on video by the Chinese television channel CGTN. A little later, Xi Jinping congratulated the Prince: “You have chosen two adorable Bing Dwen Dwens as souvenirs for your children. We hope that as they grow up they will become as talented and keen on winter sports as you are.”