A huge collection for Ukraine in front of Fontvieille Carrefour 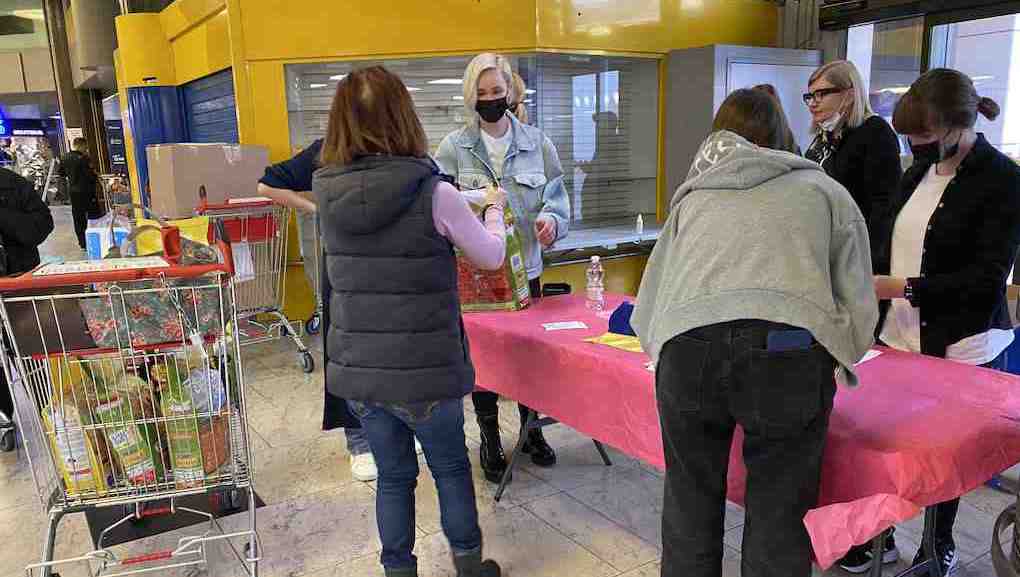 The collection will continue until Saturday March 26.

The trolleys pass by at Fontvieille Carrefour. But some make a little detour to stop at a stall that has been there for a few days.  This is where « Les amis d’Aleksandr Savchuk » are collecting donations for Ukraine. Food for adults or babies, hygiene products and other articles are being collected before being transported to Ukraine.

Patricia comes out of the supermarket, with a trolley full of kibble and pet food.  She explains: “People don’t always think about the animals, but we mustn’t forget them, it’s important.“  This is not the first time that she has bought extra shopping to give to the Ukrainiens: “we absolutely need to help these people, it really upsets me to think of all these people who have lost everything”, she says with much emotion.

A few moments later, Isabelle comes over too, with an equally full trolley.  This time, there are foodstuffs, canned goods in particular. “We shouldn’t forget that one day it could happen to us too.  We need to stand with them”, she states.

Packs of drinks and water bottles, nappies, packets of pasta and rice are all coming in fast. According to Taisiya Savchuk, president of the foundation, between 30 and 40 boxes are filled per day. Very touched by the generosity of the donors, she would like to thank the Carrefour shopping mall and the town hall that gave her permission to organise the collection. “I would also like to thank all the residents who have donated, they are very generous and sensitive,” she adds.

Surround by volunteers of different nationalities, including Russians, she has been running this collection for nearly two weeks, representing 20 tonnes of goods that will be send to Ukraine.

It is also possible to give money directly for those who prefer. The funds will be used to buy medicines, which are an essential requirement at the frontier.

You can take part in the drive in the shopping centre in front of Fontvieille Carrefour, from 10 until 3 on Friday 25 and Saturday 26 March.