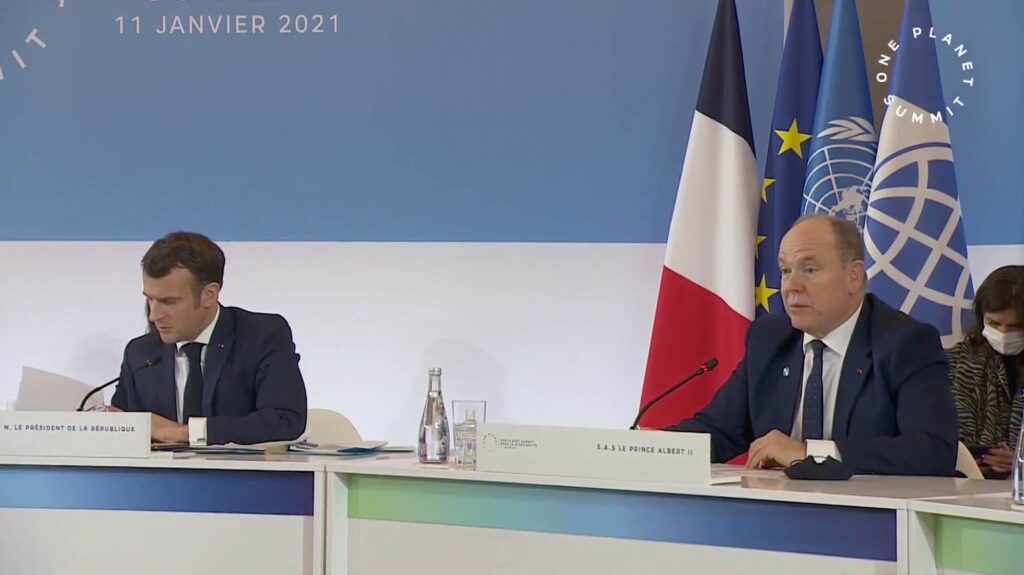 On 11 January, Prince Albert II of Monaco attended the #OnePlanetSummit event in Paris. The summit brought together world leaders to discuss the protection of biodiversity.

Together with the United Nations and the World Bank, France hosted the fourth edition of the One Planet Summit. The event was attended by people from all over the world, either virtually or in person. Leaders, government officials and heads of international organisations were all present. Prince Albert II also attended.

The event focused on the protection of marine and terrestrial wildlife. Prince Albert II cited two initiatives aiming to do this. They have both been supported by foundations created in the Mediterranean. These are: The MedFund, dedicated to the conservation of protected bodies of water, and Beyond Plastic Med – Be Med, devoted to ending plastic pollution.

The coronavirus pandemic has emphasised the desperate need to protect biodiversity. Throughout the event, attendees pledged to protect eco-systems as well as to make changes to the economy.

>> READ ALSO: Alban Michon, arctic explorer and extreme diver, fights to save the planet from drowning

Taking to Twitter, the French President Emmanuel Macron stated: “By 2022, France will have protected at least 30% of its land and waters. The fight to protect the planet’s biodiversity has to be a global one. #OnePlanetSummit has united 50 countries to ensure we reach this goal by 2030.”

I understand your frustration. Those of you who are passionate about our planet, you feel we are not working fast enough, not doing enough. However, let the #OnePlantSummit reassure you.