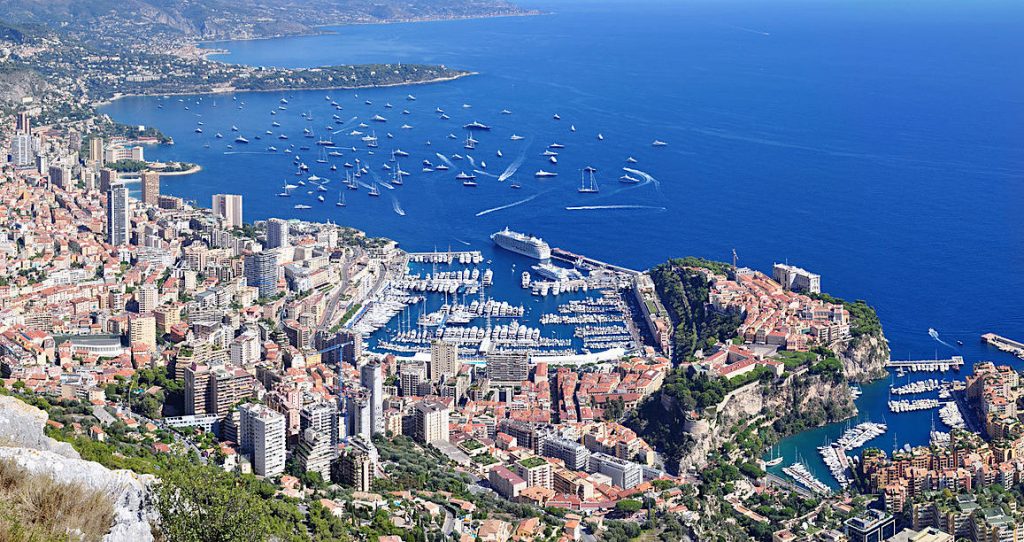 France and Monaco chose drastically different ways of tackling the second wave of Covid-19. While France went straight for a national lockdown, Monaco – a country with a population density of almost 20,000 people/km2 – settled for the less drastic option of a curfew. The strategy seems to be working: numbers are down and new restrictions are widely respected, confirming that Monaco is a bubble in a Europe halted once again by the pandemic. What did Monaco do right?

Mid-October, as the All Saint’s Day approached, France’s Covid-19 cases exploded. The writing had been on the wall since summer when the French Covid-19 curve picked up again and never looked back. With hospitals in some cities, such as Marseille, reaching a breaking point, Emmanuel Macron announced on 28 October a second national lockdown expected to last at least until 1st December.

We will not go down the route of a lockdown

After Macron’s address, all eyes in Monaco turned to the Princely Palace. Monaco’s only land border is with France and each day the Principality can welcome up to 50,000 commuters from the Riviera. A new lockdown in France would inevitably impact the daily life of the Principality’s. Yet, the Palace was quick to reassure its population. “We will not go down the route of a lockdown,” said Prince Albert in a televised address on 29 October. Instead, the Sovereign put Monaco under curfew from 8pm to 6am. To the curfew was also added a new string of measures, including the compulsory wearing of masks and restrictions on restaurant opening times.

Protecting both public health and the economy – a risky choice?

Monaco has followed one categorical imperative when managing the pandemic: any measure introduced must maintain a balance between the preservation of public health and the country’s economy. These efforts, of course, have not prevented the pandemic from sending shockwaves through Monaco’s economy, which depends highly on tourism. One institution hit hard by the crisis is Monaco’s biggest employer, the Société des Bains de Mer (SBM), which runs some of the Principality’s oldest and most famous hotels, as well as several casinos, including the Casino de Monte Carlo. In early October, the SBM announced a restructuring plan that included voluntary departures and layoffs.

Numbers do not suggest that Monaco’s efforts to keep the economy open have negatively impacted public health. Since the beginning of the pandemic, more than 540 people have contracted Covid-19 in Monaco, i.e. 1.44% of the population (on 15 November 2020). In comparison, France has reported almost two million cases (2.92% of the population), making it one of the five most affected countries in the world, according John Hopkins University. Monaco is also doing better than Italy, whose eastern border is only 13 km away from Monaco, and which has recorded more than one million cases since the start of the pandemic, about 1,9 % of the population.

That being said, Monaco has not been left untouched by the pandemic and in recent weeks has seen a sharp rise in cases, recording up to twenty new contaminations a day. However, Monaco’s incidence rate – the number of positive cases recorded per week – is still below that of France and the nearby region of Alpes-Maritimes. “The vast majority of hospitalised patients do not show symptoms severe enough to necessitate admission to the ICU,” said Monaco’s Princess Grace Hospital in a press release on 6 November 2020.

In the last weeks, Monaco has carried out widespread testing, as Frédéric Cauderlier, special advisor to the Minister of State explains: “Two months ago, our testing capacity was around 1,200, 1,300 tests per week. Today, the new lab at the Scientific Centre of Monaco alone allows for 3,000 tests per week”. To these 3,000 tests are also added those carried out at the CHPG and in private labs. On top of an efficient PCR testing strategy, Monaco has also invested in 10,000 antigen tests. “We are currently training pharmacists and other health professionals to use these tests in order to expand our testing capacity,” explains Cauderlier.

French and Italian commuters are no threat, says government

Monaco has also tightened the grip on police checks to ensure that restrictions are respected throughout the Principality. During the weekend of 7-8 November, the police carried out 240 checks, giving out 135 fines. “Public safety is a matter of educating people. We’re not asking the police to beat their previous record of fines,” says Frédéric Cauderlier.

The 50,000 commuters coming daily from France and Italy also come into the equation. “We do not believe that commuters are a potential threat to the health of the Principality,” he says. “The main objective is to slow down the circulation of the virus by limiting interactions,” for instance by encouraging remote work. There has been a drop in commuters, however not one significant enough to explain Monaco’s low incidence rate. Car traffic into Monaco is down by 20% and “we’ve also noticed that train traffic is not as dense as the same time last year.”

There are many checks to ensure that health measures are respected

Strict rules for everyone

Sectors that cannot adapt to remote work have had to adapt their workplace routines to strict new guidelines. This is the case for the construction sector, where lunch hours are now spaced out to avoid clusters of people. “There are many checks to ensure that health measures are respected. At the moment, we haven’t had a Covid-19 cluster in a construction site,” states Frédéric Cauderlier.

Pierre Dartout’s special adviser also stresses that Monaco has globally been stricter than France in its enforcement of measures aimed at preventing the spread of the virus, which can explain why they now are a step ahead when fighting coronavirus. “In Monaco, we have had fairly strict health rules since the very start. Often, we have put measures in place even before France, such as the compulsory wearing of masks in schools, which has been in place since May,” he says. “This set of measures has perhaps enabled us, in a way, to better contain the circulation of the virus and therefore to be a little more flexible today, compared to the French system,” he says.

In Monaco, more than half of all infections occur in the private circle during family or friend gatherings. It is mainly for this reason that the Princely Government has opted to introduce a curfew. “When we spend time with friends and family, we are perhaps less vigilant because we are in the private sphere. So, gatherings give the virus a better chance at spreading successfully,” says Frédéric Cauderlier.

As a densely populated city-state, Monaco nevertheless seems to be succeeding in enforcing its health measures. Paradoxically perhaps, the size of the country has certainly had an impact on the Monaco’s success in dealing with Covid-19. “The sociological reality of the Principality of Monaco is not comparable to that of a larger and geographically more diverse countries,” notes Frédéric Cauderlier. It would seem that measures are beginning to bear fruit: without claiming victory too quickly, cases are continuing to drop – and hopefully for good.